Home Entertainment Thor: Love and Thunder | This is how Christian Bale Looks Like... 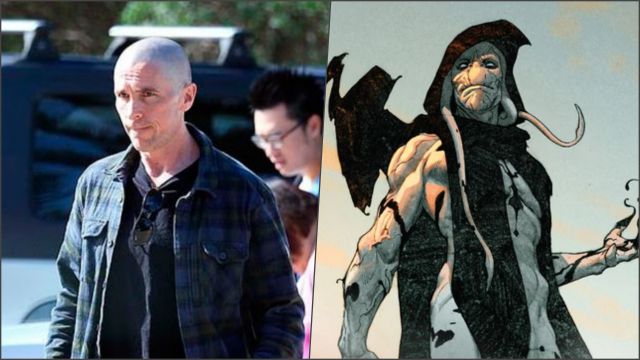 The appearance of Christian Bale will significantly change the role of Gorr in the movie Thor: Love and Thunder. The first images of him are filtered.Thor: Love and Thunder will feature Christian Bale as Gorr, the butcher of gods. His appearance remained a secret until now, when some images of his appearance on the set have been leaked. The popular actor appears dressed in clothes that hide the makeup work of the parts that he discovers of his body.

The screenshots, which you can see at the bottom of this paragraph, show the actor characterized as Gorr in the distance, so the definition is not the best, but it is enough to get an idea of ​​how it will look on the big screen .

We must remember that Bale is a methodical actor: one of the conditions that he put before signing his appearance in the film was to play Gorr himself, instead of adding effects made by CGI. This had to be accompanied by a change in his physical appearance, since the villain has a slender figure and has no hair. Clicking here you can see how he looked before getting down to work.

Love and Thunder, the “craziest thing” that its director has done

Taika Waititi goes beyond being a successful performer: he is also a filmmaker. The renowned director will direct the fourth installment of Thor as part of the Marvel Extended Universe. In a statement in the July issue of Empire magazine, Watiti claimed that Love and Thunder is “the craziest thing” he has ever done.

“Well, just between you and the readers, I’ve done some crazy things in my life. I’ve lived like ten lives. But it’s the craziest movie I’ve made, “Waititi commented, to the point of assuring” that it doesn’t make sense. ” “If you write all the elements of this movie, it shouldn’t make sense. It’s almost as if it shouldn’t be done. If you walk into a room and say, ‘I want this and this and this.’ Who is in it? This people. What are you going to call it? Love and Thunder. You would not work again. Maybe I won’t do it after this, ”he stresses.