Home Entertainment “Thor: Love and Thunder” star Chris Hemsworth May Have His Own “feud”... 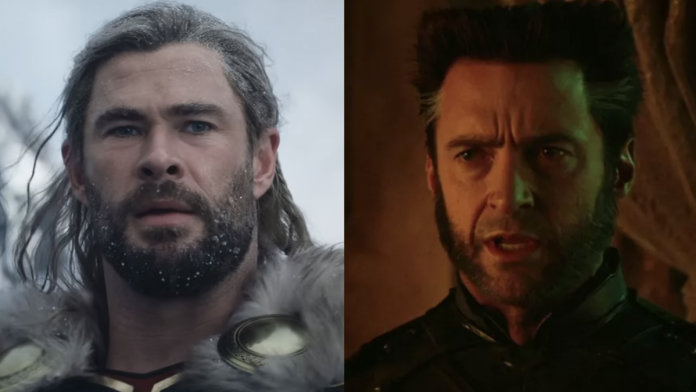 Superhero films have dominated television and the film industry for many years, but there was a time when such projects were very risky. An illustrative example: the original X-Men films starring Hugh Jackman. And “Thor: Love and Thunder” star Chris Hemsworth may have his own “feud” with Jackman now that he’s approaching Wolverine’s record.

Hugh Jackman played Wolverine for 17 years, ending his career as James Mangold’s Logan. He has since started a hilarious fictitious feud with Ryan Reynolds, to the delight of fans. Chris Hemsworth has been playing Thor for 11 years, and recently BBC Radio 1 asked him if he would like to break Jackman’s record in film comics. The “Extraction” actor responded delightfully, saying:

I wasn’t going to, but now that you’ve put it in front of me, you’ve made a good point. Only six years [to break Hugh’s Wolverine record]. I’ve come this far. Do you know? Turning back now would just be a waste of time.

Well, that’s it. Although Chris Hemsworth is already making MCU history as the first superhero with four solo films, perhaps we’ll see even more from the God of Thunder. Because if he wants to break Hugh Jackman’s record for the role of Wolverine, Hemsworth will have to stay for another six years. Although this deadline may allow him to appear in another Avengers movie, if Kevin Feige and the people from Marvel are planning it at all.

Chris Hemsworth’s comments are mostly humorous, but Marvel fans would undoubtedly be thrilled that their favorite fan hero Thor will be around for another six years. He’ll be in his forties by then, and it might be a good time to get out of the militant business. Although, given that his tenure as Tyler Rake in “Prey” is just beginning, it’s possible Hemsworth will continue to run two separate franchises for the foreseeable future.

Later in the same interview, the journalist joked that Chris Hemsworth would have to make sure that Hugh Jackman did not appear as Wolverine in Deadpool 3, otherwise he had no chance to break this superhero record. Hemsworth further inflamed his new “feud” by saying:

I could make some calls and make sure that doesn’t happen. Instead, I’ll put myself in Deadpool. It would be an offering, let’s see if it passes.

Talk about a win-win. While fans would love to see Hugh Jackman and Ryan Reynolds on the big screen together in Deadpool 3, they would also definitely agree to see a mercenary with a mouth opposite the Thunder God. Especially now that Deadpool can finally join the MCU and cross paths with other Marvel heroes.

Talk of Hugh Jackman returning to Wolverine is likely to continue until another actor is chosen to play the MCU’s clawed hero. Fans are looking forward to mutants finally playing their part in the shared universe, and “Doctor Strange 2” includes the role of Professor X Patrick Stewart.

Chris Hemsworth returns to the MCU as the main character of the movie “Thor: Love and Thunder” on July 8. In the meantime, check out the movie’s release dates in 2022 to plan your next movie.

The Game Awards 2021: Complete List of Nominees for Game Of...

The Witcher: Get a Free Digital Item Pack at GOG