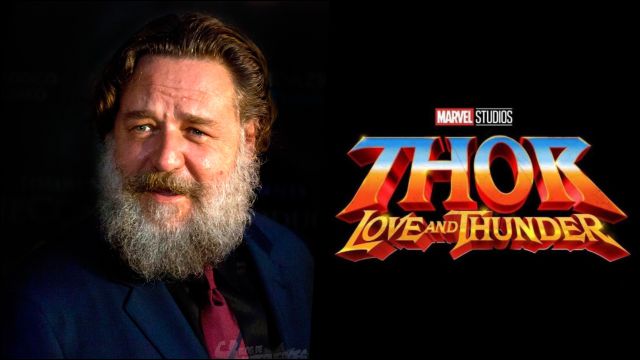 Thor: Love and Thunder, The well-known actor will participate in the Taika Waititi film in an interview with Australian radio. He has already recorded all the scenes on the tape.Russell Crowe has confirmed in an interview with Australian broadcaster Joy 94.9 that he will portray the Greek God Zeus in the Marvel Cinematic Universe movie Thor: Love and Thunder. Scheduled for the year 2022, the fourth installment of the saga based on the Asgardian God of Thunder will feature the New Zealand actor as the highest divinity, the father of the gods.

The information has been advanced by the actor himself and without prior notice in said radio meeting, according to TlatNews (via ComingSoon) and thus confirms the rumors that had been sounding in different ways for weeks. In fact, Crowe says “it’s my last day playing Zeus and I’m going to enjoy it.” Filming is taking place in Australia.

Within the canon of the Marvel universe, Zeus is the God of Thunder and Wisdom. He is the youngest son of the Titans, Cronos and Rhea, the children of the sky god Ouranos and the elderly goddess Gaea (Mother Earth). At a certain point in the history of the Stan Lee and Jack Kirby comics, Zeus confronts Thor in the Trojan War, who was transported there.

What fans are wondering now is whether Thor: Love and Thunder will also feature other characters like Hercules and other prominent members of Olympus. In any case, little by little we will get rid of doubts; there is still a long way to go for its premiere. To our knowledge, the cast will be made up of actors and actresses such as Chris Hemsworth (Thor), Natalie Portman (Jane Foster), Russell Crowe (Zeus), Tessa Thompson (Valkyrie), Christian Bale (Gorr), Chris Pratt (Star Lord), Jaimie Alexander (Lady Sif), Dave Bautista (Drax) or Sean Gunn (Kraglin), among others.

The film will adapt stories like those of Mighty Thor, it is another way of referring to Jane Foster’s Thor played by Natalie Portman. Also, they will highlight the appearance of the aforementioned villain Gorr or some of the Guardians of the Galaxy, such as Star Lord or Nebula, already confirmed.

In this article you can check the complete order to see all the films of the Marvel Cinematic Universe so far, as well as those of Phase 4, whose calendar of dates is already confirmed.

Thor Love and Thunder is scheduled for its theatrical release on February 11, 2022.

Unreal Engine: Why Is It Considered The Best Video Game Engine...