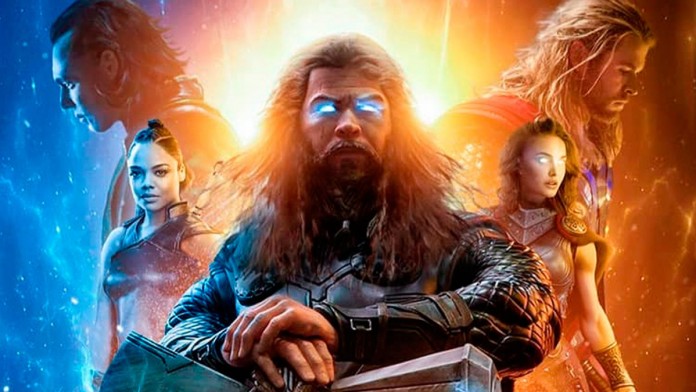 Thor Love And Thunder: Photographs from the return to shooting of Thor 4 in Los Angeles with Chris Hemsworth and Natalie Portman offer clues to a possible return to the past. A few days ago the news broke that Thor Love and Thunder, the new installment of the God of Thunder from Marvel Studios, was returning to filming to complete additional photography of the film after a main shoot that concluded this summer. Now, and after a few days recording different scenes in the Californian city of Los Angeles, we have new images starring Chris Hemsworth and Natalie Portman, that is, Thor and Jane Foster in fiction, through a set of photographs from the set that could hide much more than meets the eye.

Start the additional photograph of Thor 4

And it is that these days both protagonists have been seen on the streets of Los Angeles filming several scenes with a very particular look, very different from the one that both will wear in the new film. So much so, that its appearance is very reminiscent of the second installment, Thor: The Dark World of 2013, a film that ended with passionate kisses between them (although in reality the girl with the kiss in that scene was Chris Hemsworth’s wife, Elsa Pataky, characterized as Jane Foster).

Thus, both actors wear wigs with hairstyles the same as those in Thor: The Dark World, which invites us to think of some kind of flashback; as a curiosity, witnesses of the different scenes shot outdoors assure that both interpreted a discussion scene. Perhaps it will be explained to us why they separated after the second film? And we remember that beyond the scene in which Thor visits his home in Avengers Endgame, both characters have not coincided more in the UCM since Thor: Dark World.

Recall that now Thor Love and Thunder is scheduled to premiere in theaters on July 8, 2022 after the last delay of the next Disney releases.

A Skyrim fan drew an impressive map with a pen and...

The New From The Creator Of Yakuza Will Bet On Games...