Home Entertainment “Thor: Love and Thunder” is one of the most expensive Marvel Studios... 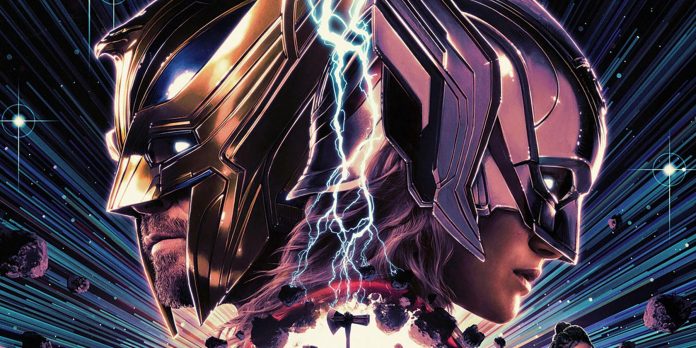 As they say, you need money to make money, and “Thor: Love and Thunder” is proof of this after a stellar premiere weekend both in the United States and in any other part of the world. However, it has now become known how big the investment was in the second Taika Waititi film from Marvel Studios.
A huge part of the budget of “Thor: Love and Thunder” clearly went to the widespread use of colorful computer graphics in the film, which is not uncommon for the MCU. However, as VFX studios continue to increase the volume of work, it is also not uncommon to see that the cost of this work makes these superhero blockbusters even more expensive than they were 5 or 10 years ago.
RELATED: Thor: Love And Thunder Easter Eggs
A new Variety report confirms that Marvel Studios spent $250 million to create the movie “Thor: The Love of Thunder,” plus an additional $100 million allocated to promote the film. This would allow Thor’s fourth appearance in the MCU to come close to the top of the list of the most expensive superhero movies ever made. To put these numbers in context, the first Thor movie cost $150 million, the budget of “Thor: The Dark World” ranged from $150 to $170 million, and the bill of “Ragnarok” reached $ 180 million. On the other hand, another Marvel Studios release in 2022, Doctor Strange in the Multiverse of Madness, cost $200 million.
This trend indicates an increase in film production costs, as inflation continues to affect both companies and consumers. However, considering that “Love and Thunder” is one of the shortest MCU films, this expensive budget is still pretty impressive. This would only lead to the fact that the films “Avengers: The Team” would exceed the budget of “Love and Thunder”, as “Endgame” ($400 million), “Infinity War” ($365 million) and “Avengers: Age of Ultron” ($300 million) continue to top the list, and the first The Avengers crossover has come close to a budget of $225 million.
Naturally, the costs of film production do not matter much for Marvel Studios, when almost all of its films make a decent profit, although this was not quite the case for some recent productions. While “Doctor Strange in the Multiverse of Madness,” “Spider-Man: No Way Home,” “The Eternals” and “Black Widow” cost $200 million, the last two clearly did not meet Disney’s expectations, perhaps suffered small losses that “Doctor Strange 2” had to compensate. since Spidey’s income mainly goes to Sony chests.
Marvel Studios still doesn’t seem to have a clear strategy as it approaches the fourth phase of the MCU, as the game currently has several larger storylines where different superheroes find their home. Although “Love and Thunder” is projected to have big box office receipts, the current situation for Marvel does make a film with a more modest budget, such as “Shang Chi” and “The Legend of the Ten Rings”, more profitable than originally thought.
Thor: Love and Thunder is currently in theaters.

YG Entertainment Will Introduce a New Female Group in 2023