Home Entertainment Thor: Love and Thunder — All MCU characters are Mentioned but Not... 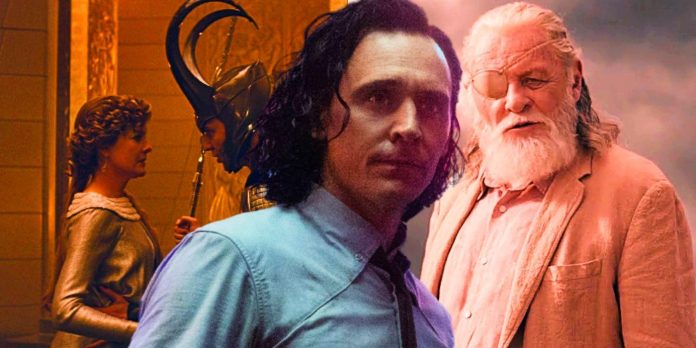 Thor: Love and Thunder is finally in theaters, letting audiences follow Thor Odinson on his latest journey through the galaxy as a defender of innocents and one of the last remaining original Avengers. Facing off against Gorr the God Butcher, Thor teams up with numerous allies to save the day.

Although Love and Thunder boasts one of the biggest casts of the Marvel Cinematic Universe, no film in the largest superhero franchise in cinematic history is complete without allusions to various characters not depicted therein. As such, the characters in Love and Thunder make mention of several familiar MCU characters who don’t appear in the film.

Odin is a vitally important figure in Norse mythology and a major player in the first three Thor films. Anthony Hopkins portrayed the All-Father until the character’s death at the beginning of Thor: Ragnarok, which is alluded to in the opening narration of Love and Thunder.

Though Odin has not appeared in the MCU since his death in Ragnarok, his presence remains in Thor’s story. Everything the god of thunder does is in an effort to live up to his father’s legacy, informing his character arc even in this latest installment of his journey. Odin also appears in fictionalized form during a play in New Asgard, portrayed by Jurassic Park actor Sam Neill.

Rene Russo’s Frigga was the wife of Odin, the mother of Thor, and the adoptive mother of Loki, whose death was sorely felt in the events of Thor: The Dark World. Her death is mentioned by Korg in the first act of Love and Thunder, with a brief flashback to her emotional funeral scene.

Frigga may not appear in any new scenes for Love and Thunder, but her wise words to her son from Endgame continue to ring true. Taking her advice to heart, Thor continues his journey to understand himself rather than living up to who others tell him he should be. Even years after her death, Frigga’s effect on her son proves to be profound and quite touching.

While encouraging the other kidnapped children of New Asgard, Axl, the son of Heimdall, tells stories of Thor’s legendary exploits. Axl explains how Thor crafted Stormbreaker after losing his hammer, later using his brand-new axe to behead the Mad Titan Thanos in the prologue of Avengers: Endgame.

In many ways, it is Thanos who set Thor down his current path of self-discovery and emotional turmoil. Thereby, it is only fitting that his name is mentioned in the god of thunder’s latest journey. The Mad Titan will forever be the villain that Thor killed, but couldn’t stop.

Hogun, portrayed by Tadanobu Asano, was a member of the Warriors Three and one of Thor’s closest friends. The valiant Viking warrior is mentioned among the list of Hela’s victims from Thor: Ragnarok, with a flashback to his death at the goddess of death’s hands.

Hogun was the only member of the Warriors Three that managed to survive more than a few seconds in battle against the villainous Hela before being impaled through the chest. His heroic sacrifice is made light of by Korg, however, who refers to him as “whoever that guy is,” alluding to the fact that many MCU fans fail to recall the name of any member of the Warriors Three.

Volstagg was a member of the Warriors Three and was a close advisor of Thor before his death in Ragnarok. Portrayed by Ray Stevenson, the mighty warrior met his end alongside Fandral when the goddess Hela arrived on Asgard with designs to usurp the throne. He is mentioned by Korg in the early minutes of Love and Thunder as one of the many losses Thor has sustained in recent years.

Volstagg and the other members of the Warriors Three may not have been popular characters during their lives, but many fans still felt shortchanged when each of Thor’s friends was unceremoniously dispatched by Hela in Ragnarok. Love and Thunder references this fan outrage by bringing up Volstagg and the Warriors Three, only to poke fun at their deaths once more rather than honor their sacrifice.

Played by Josh Dallas in the original Thor film and Zachary Levi in The Dark World and Ragnarok, Fandral was one of the Warriors Three who is mentioned by Korg early on in Love and Thunder. He dies at the hands of Hela when she first arrives in Asgard.

Love and Thunder brings to light once more the MCU’s massive missed opportunity when it comes to Zachary Levi, who has since proved his mettle in the competing DCEU as the superhero Shazam. Though Levi is unlikely to get his moment in the spotlight with Marvel, fans wait for the sequel to his hit DC film Shazam!, which will put his talents to better use.

Hela was the Asgardian goddess of death and one of the rare MCU villains who very nearly succeeded in her conquest against Thor and Loki. She is mentioned numerous times throughout the film, with special emphasis placed on her destruction of Thor’s signature hammer Mjolnir, which comes into play later when Mjlonir reassembles in service of Jane Foster.

Although Hela herself does not appear in Love and Thunder, a fictionalized version of the villain does during the events of a play on New Asgard. A group of Asgardians is shown depicting the destruction of Thor’s hammer, with Melissa McCarthy making a hilarious cameo as the goddess of death.

The Guardians of the Galaxy are a major part of Love and Thunder’s first act, as Thor accompanies them on their various exploits throughout space. The team’s overall mission is alluded to by Peter Quill, who reminds Thor that he lost his true love Gamora during the Infinity War and continues to search for her missing variant.

The Guardians are left off continuing their search for the variant Gamora by the time of their exit from Love and Thunder, with the loose plot thread from Endgame remaining unresolved. Fans can expect the hunt for Gamora to culminate with Guardians of the Galaxy, volume 3, which is set to premiere in May of 2023.

While filling his friends in on their mission to Omniscience City, Thor lists a number of gods that may join them in their battle against Gorr the God Butcher. One name that he mentions is that of Quetzalcoatl, an Aztec god of wind and rain.

Although Quetzalcoatl is not a character that has yet been introduced into the MCU, he is a character that has appeared sporadically throughout Marvel Comics history. Like Thor, Hercules, and various other MCU gods, Quetzalcoatl is the living embodiment of the being of myth. His mention in Love and Thunder could indicate Marvel Studios’ intention of expanding its exploration of various mythological pantheons in the MCU, possibly including the Aztec religion.

Tom Hiddleston’s Loki has always been a major part of the Thor franchise, whose absence is sorely felt in Love and Thunder, which marks the first time that the god of mischief does not appear in an installment of his brother’s solo franchise. While flashbacks depict Loki’s various death scenes in other movies, no new content involving the fan-favorite character is depicted therein.

Though Love and Thunder is the first Thor film not to feature Loki, the character is still mentioned on several occasions throughout the film. The most prominent of references to the god of mischief comes during a play on New Asgard, wherein Matt Damon plays a fictionalized version of Loki in a retelling of the events of Thor: Ragnarok.

Rumor: The Division Battle Royale game may be in development