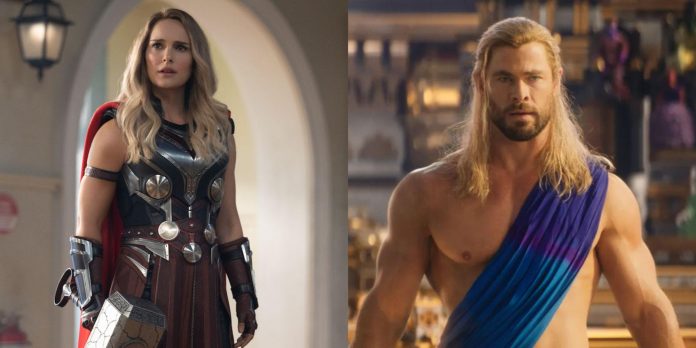 Though Thor: Love and Thunder has the highest box office ever for a Thor series, the film’s reception has been mixed, with fans taking to Reddit to discuss the latest blockbuster. While fans appreciated the nuanced and emotional backstory of Gorr the God Butcher and the return of Jane Foster as Mighty Thor, many also addressed issues with the over-the-top humor and generic plotline.

Some Redditors have taken to the forums to air their grievances with the movie and, while they may not be in the majority, their issues have some merit. From the underdeveloped explanation of Gorr’s power to the film being too Disney, there are some major plot points and creative decisions that certain fans weren’t very happy with.

Love and Thunder starts with a heart-wrenching scene in which the main antagonist, Gorr, loses his daughter. He then finds the God he prayed to, only to have him completely dismiss and taunt Gorr. This somber scene was then followed by Thor with the Guardians of the Galaxy crew and the mood completely changes.

RELATED: 10 Gods We Would Like To See Gorr The God Butcher Face In The MCU

Redditor Datta_sunny said Thor: Love and Thunder was “a good film. The pace is just too much fast. Jokes are lame and excessive.” With how well Thor: Ragnarok did, it’s no surprise that Love and Thunder followed the same style with the witty jokes, banter, and cracks about Thor not being serious.

While these traits are funny, the heaviness of some of the topics with a humorous touch didn’t completely land for some viewers. Love and Thunder did have a lot of storylines going at once, and while they were all promising, the film was too short to allow for each subplot to take proper shape.

PJGraphicNovel said, “Listen… they had a source story that was absolutely amazing, with TONS of emotion. And then they decided to turn it into a Disney movie. That’s the simplest summation… it was a Disney movie.”

Avengers: Endgame was just over 3 hours long, but its material allowed every MCU story to be pulled together to create one epic finale. Thor: Love and Thunder was just about 2 hours long, and for some viewers, that meant dumbing down the source material and essentially ruining the film.

Thor Should Have Mourned Longer

At the end of the film, Jane succumbs to cancer just after she and Thor finally reconcile. It’s a truly heartbreaking scene, but right after, Thor is left to raise Gorr’s daughter. Redditor Liefblue said, “only big complaint is that Thor should have been broken temporarily by the loss. She was literally one of his last true relationships.”

RELATED: Every Member Of The Asgardian Royal Family, Ranked By Power

After Thor and Jane broke up before the start of Ragnarok, Thor is focused on helping his people on Asgard and then helping the Avengers. But his breakup starts to catch up with him until eventually, it becomes too much for Thor to handle. Viewers can see how his past has caused him to feel lost, so it’s surprising that, after finally reuniting with Jane again, he seemingly rebounds quickly after her death.

Redditor PepsiDrunker said, “okay, so Gorr has the sword able to kill a god. And he can hide in the shadows. But they failed to show us how is he able to outskill or even outfast an omnipotent beings.” It’s very briefly explained at the beginning of the movie that this sword that Gorr procures can kill Gods and that becomes his sole mission after being poisoned.

The explanation stops there, however, and the person that had the sword before Gorr was never talked about or explained. In a NME interview with Taika Waititi, he shared that many scenes were cut from the movie. Despite this decision, it is likely these cut scenes would have been crucial to provide more details about the background of the sword and why it was so powerful.

Not Enough Gods Were Killed

Despite Gorr being given the title “the God Butcher”, viewers only see him kill one God throughout the entire movie. There’s a brief montage showing dead Gods but not the actual killing them. Redditor The_Flurr said, “I’d be cool with Gorr having died in this movie, if he’d actually been given good screentime. We saw the “god butcher” kill one God.”

Though many Redditors agree that Gorr was an excellent villain, he needed more screen time and more action to be a fully developed character. The lack of screen time spent killing gods left much to be desired by audiences.

The era of superhero comedy is here and has been very successful with Guardians of the Galaxy and Ragnarok. With the success that Ragnarok saw, there’s little wonder that Waititi continued this humor trend and made Love and Thunder a comedy as well.

RELATED: 8 Things That Made No Sense In Thor Love And Thunder

The movie may have gone a little above and beyond with the jokes and goofy tone, with Redditor Pyschoneticcc saying, “it felt like a spoof of the other 3 Thor’s, like a spinoff making fun of the first trilogy”.

While Love and Thunder attempted to convey why Thor was so lost within himself, the damage of Endgame had already been done. In the final Avengers movie, Thor was mourning the loss of his planet and people and struggling mentally. It’s here that Thor starts to devolve as a character. He was always a strong character not just physically but within himself as well.

Thor started to become a memeable punchline in Endgame, but that was more apparent than ever in Love and Thunder. Shadowedsphynx said, “I enjoyed the movie but Thor himself is definitely the weakest part of it. I hate how he’s just a strongman buffoon.”

It’s a little jarring to see Thor battle Thanos, one of the most powerful beings, to then struggle to fight Gorr and break his sword. Redditor Referencez said, “I feel like they severely underpowered Thor and Stormbreaker in the movie. From overpowering an entire infinity gauntlet and fighting Thanos to barely being able to break a sword, I want Infinity war era Thor back.”