Home Entertainment Thor from God of War Ragnarok May Not Be the Biggest Threat... 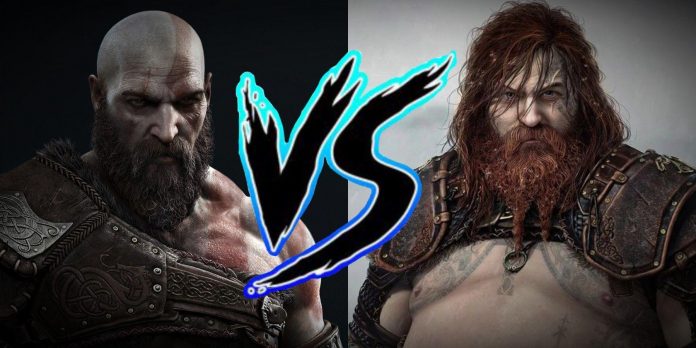 Since God of War: Ragnarok is the sequel to one of the defining exclusives for PS4, the expectations associated with God of War: Ragnarok have always been high. However, thanks to alleged insider leaks and teasing, the tense atmosphere surrounding the game has become even more heated. While the Santa Monica studio remained modest, apparently trying to shield its employees from the hype, others continued to hint at an expected release date in 2022. So far, despite the ever-increasing pressure, no official news has been reported.

However, one of the reasons fans are so eager for this front has a lot to do with the epic narrative of God of War: Ragnarok and the fights Kratos is expected to be involved in as a result of it. Despite the fact that the marketing campaign of Santa Monica Studio was focused on Thor in this regard, there is reason to believe that the iconic Scandinavian god of thunder will not become a great evil of Ragnarok. With an ever-growing list of characters that make Kratos suffer, there are three others he should be even more careful with.

Considering that Thor has already played a prominent role in the marketing of God of War: Ragnarok and was even shown at the end of the 2018 adventure, many fans expect that god will become one of the main opponents of Kratos in the sequel. Perhaps there are good reasons for this, based on the fact that the Santa Monica Studio has already established his genocidal past and hedonistic personality. Although he could still play a prominent role, the list of reasons why he probably won’t become the main villain is constantly growing.

Based on the scenes in which Thor has been shown, mostly outside of Kratos and Atreus’ house, it looks like he arrives to confront the pair quite early in Ragnarok. This suggests that the god of thunder may play a role in the process, like Poseidon at the beginning of God of War 3. Although there is every chance that he may appear in several stages, like Baldur in 2018, in a decisive boss battle. at the beginning of the game, it would be the perfect way to set things up properly.

It should be borne in mind that it is unlikely that Santa Monica studio will introduce Mjolnir into the God of War canon without allowing Kratos to play with him. This could mean that Thor will eventually give way to a bigger threat, so that the Greek god of war can break out with a shiny new toy. Despite the fact that Marvel beat the idea that characters should be worthy to lift the hammer, in Scandinavian mythology this was not always the case. After all, Thor was practically incorrigible as a human, which leaves the door wide open for Kratos to assert himself.

One is a real threat

Looking at the long list of characters who are going to kill Kratos in God of War: Ragnarok, we can assume that Santa Monica studio has used a clever disorientation tactic in its marketing. For example, throughout the 2018 game, the studio made it clear that in fact it was One who pulled the strings behind the scenes. Having sent Baldur to track down Atreus out of paranoia about the role he thinks the boy will play in the apocalypse, it goes without saying that at some level he will remain the main threat to Kratos in the sequel.

Despite the fact that Odin has a reputation as a tactical genius capable of manipulating any situation to his advantage, this does not mean that in Scandinavian mythology he was a non-interfering ruler. It is said that under his elderly appearance and the nickname of the god of wisdom, Odin won countless battles. With lighting, magic, and cunning on his side, there is reason to believe that god will turn out to be physically equal to Kratos. It’s worth bearing in mind that the fact that he kept the pantheon in order, including the likes of Thor, suggests that he must be equally powerful and dangerous.

The potential threat of Atreus

Thanks to the final moments of God of War 2018, it looks like Atreus may be the death of his father in one form or another in the upcoming sequel. After all, the mural painted on the walls of Jotunheim in the latest Santa Monica Studio game suggests that one day Atreus will stand ominously over the lifeless body of Kratos. Factors such as the couple’s already broken relationship and the former’s status as Loki among the giants can lead the duo into direct conflict with each other as Ragnarok approaches.

If we add the well-established tradition of the God of War franchise parricide, then everything looks even darker for father and son. Even if Atreus stops standing next to Kratos during the final moments of God of War: Ragnarok, this action itself can still endanger the current Greek god of war. The need to protect his son at any cost, to the detriment of his own well-being, may become an inevitable threat to Kratos’ life when an apocalyptic war breaks out.

What we do in the shadows: 8 quotes that turned out...