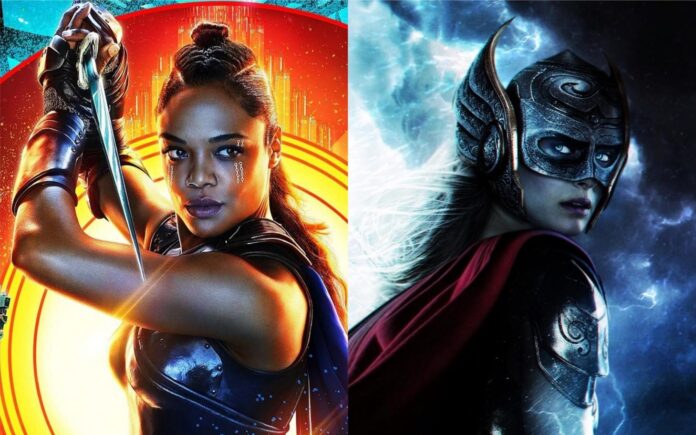 Tessa Thompson will play the warrior Valkyrie again in Thor 4, she teases the importance of the love story of her character.

Thor 4: Love and Thunder is described as a “very romantic” and “really crazy” movie by its director, making you wonder if the God of Thunder could fall in love with Lady Sif. It could also be Jane Foster and Thor or Valkyrie and the one we will nickname the Mighty Thor … We understand it, love can be found everywhere in Thor 4, and it is not Tessa Thompson who will say the opposite! Interviewed by MTV News about the start of filming, she first said she was in a hurry to start shooting, before revealing that the love story of her character was very important in the script.

When asked if she would find love or thunder, she soberly replied, “Both” before adding: “They are not mutually exclusive … She loves some kind of thunderous love” , while continuing to play with words. If fans imagine that Valkyrie could start a romance with Jane Foster (Natalie Portman), the warrior can also set her sights on Angela, an Asgardian refugee played by Jodie Comer, star of the series Killing Eve. Speaking of which, her performer Tessa Thompson prefers to remain discreet, but expect the first behind-the-scenes photos to tell us more about Thor 4’s romantic relationships! In the meantime, find out which Guardians of the Galaxy character might have joined the set for Thor Love and Thunder.