Behind-the-scenes photos may have confirmed the roles of Matt Damon and Luke Hemsworth in Thor: Love and Thunder, twenty-ninth film in the Marvel cinematic universe, and it appears that their presence in the cast will not be much different from what the audience has seen in feature films. previous ones.

From what is perceived from the images captured by Australian paparazzi, they will play the Asgardian actors who lived in Thor: Ragnarok.

Note, below, that the two wear exactly the same clothes worn by Chris Hemsworth (Thor) and Tom Hiddleston (Loki), also confirmed at the launch, during the death of Odin, signed by Hela (Cate Blanchett).

Therefore, it is suspected that they represent the scene in some show, together with Melissa McCarthy, who will play the villain in the supposed show. In addition, Thor: Love and Thunder will feature the return of Tessa Thompson (Valkyrie), Natalie Portman (Jane Foster) and virtually every Guardian of the Galaxy face.

Even destroyed, it is possible that Asgard, kingdom of the gods, will reappear – whatever the context, whether in flashback, reconstruction or any other -, once the scenario for this already exists: a theater with a stage similar to the one that Loki used to reenact its death scene in Ragnarok and a circular structure reminiscent of the Heimdall Observatory or the landing site of the Bifrost Bridge, all in Sydney.

For filming to take place in Australia, the local government provided $ 24.1 million in incentives to Marvel Studios. Fox Studios is in charge of the task.

Will there be any surprises regarding the performance of Matt Damon and Luke Hemsworth? We will know only on May 6, 2022, Thor’s predicted debut date: Love and Thunder. 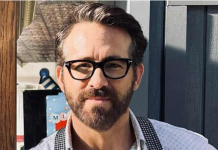 Control is The New Free Game of The Week on The...