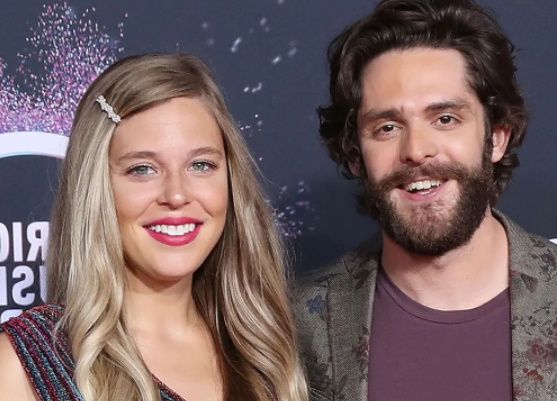 “Lauren’s whole dream [is that] she wanted to have five children,” the 32—year-old country singer said on Monday, April 4, on an episode of the podcast “Making Space With Hoda Kotb.” “From the day we got married, she [was] like this:”I want to have five,” and I sit and say:”You know, that’s okay, that would be great.””

The songwriter went on to say that since they have to intentionally devote time to Willa, 6, Ada, 4, Lennon, 2, and Lilly, 4 months, the couple is going to “take a four-year deep breath” before expanding.

The Georgia native and Akins, who is also 32, got married in October 2012 in Tennessee, and five years later adopted their eldest child from Uganda.

Ada was born five months after her older sister’s adoption, followed by Lennon and Lily in February 2020 and November 2021 respectively.

On Monday, Rhett talked about the “beautiful” adoption process before telling Hoda Kotb that Ada “has questions all the time” that he doesn’t know how to answer.

57-year—old Kotb and her ex-fiance Joel Schiffman have adopted two daughters – 5-year-old Hayley and 2-year-old Hope, and the former couple “jokes” about their different looks.

“Kids are funny in everything,” explained the co—host of the Today show. “It’s like even Hayley is going to press my skin against her skin. “Am I darker than you, Mom? What about Hopi? Is she darker than me?”… you want to preserve their origin so that they remember. Because I feel like [if] you don’t know your identity, how are you going to live your life? You have to find a way to navigate.”