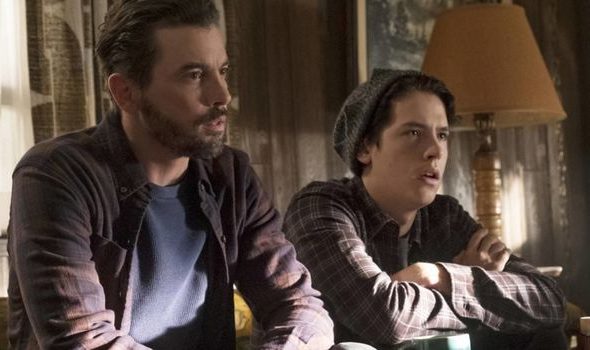 The popular Riverdale series is broadcasting its season 5 in which it is making its jump to the 7-year season and in which we will no longer see the actor Skeet Ulrich as FP Jones, but what will the actor do now?

Last year FP Jones actor Skeet Ulrich had announced that he would be leaving the Riverdale show for its first few episodes, to complete part of his contract, which was the remaining episodes of season 4. Then he would exit the show. .

But, with his departure, it seems he’s gearing up for his new role as a co-star alongside actress Michelle Monaghan, in the psychological thriller, Blood.

The film, Blood, will be directed by Brad Anderson along with the script by Will Honley, who will follow Jess (Michelle Monaghan), a mother who moves in with her daughter and her little son Owen back to the old fashioned way. her family farm.

But, shortly after settling into the farm, Owen is bitten by the farm dog, contracting an infection from the bite. But Jess with her nursing skills discovers a strange cure, putting himself to the test to use it and save her son.

Many fans who follow the actor on Riverdale will undoubtedly be surprised by this movie. Blood is expected to be released in the middle of next year 2021.