Home Entertainment This Will Be Oberhasli, The Interactive Concert Of Deadmau5 In Core 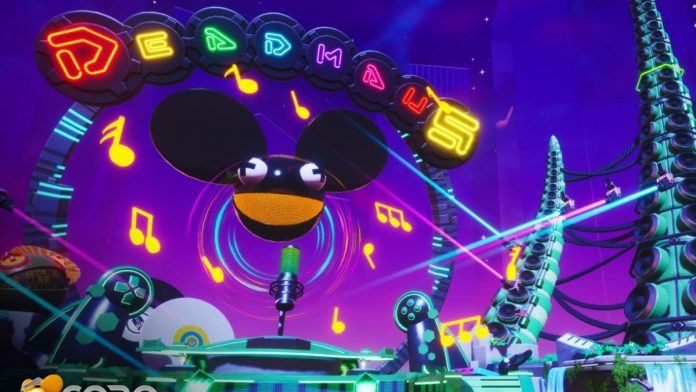 Deadmau5: We attended a preview of the deadmau5 music event in Core, Oberhasli, and we told you what we thought, as well as giving you all the details. Being able to enjoy an electronic music concert without having to leave home is something that has grown in popularity over the past few months. Titles like Fortnite dominate this area, but more and more multiplayer online games are taking the leap and presenting surprising and varied interactive music experiences. On this occasion, it is the DJ and producer deadmau5 who has chosen Core as the platform to present Oberhasli, a virtual concert that we have been able to attend exclusively before the rest of the world. Accompanied by Frederic Descamps (executive director and co-founder) and Jordan Maynard (creative director and co-founder) of Core, we will tell you what we think and we will give you all the details so that you can enjoy this event yourselves.

This is Oberhasli, the musical experience of deadmau5 in Core

While we wait on a dance floor for the room to fill up with players and the timer to zero, an avatar wearing deadmau5’s unmistakable mouse helmet brings music to the atmosphere by playing a series of lightweight electronic music tracks. that anticipate what is about to happen. We run around the room, we glide with our mounts and flying boards; we perform funny dances and emotes to communicate with the rest of the audience until the clock at the top of the screen reads zero. It is then that the music intensifies and, soon, the ground under our virtual feet vanishes, leaving a void at the end of which awaits a giant head of deadmau5 that opens and closes its mouth with the apparent intention of trapping us between its jaws.

After that, a musical journey full of music and lights begins for about 15 minutes. It transports us to thirteen different interactive worlds in which we can jump, fly, dodge dangers and dance while we enjoy a selection of songs that an omnipresent deadmau5 reproduces from different points of each room. Frozen kingdoms that make us think of the famous phrase “Winter is coming”, sugar cane and fire-filled robot factories, underwater stages… there are many screens we pass through while listening to great songs created by the host DJ.

“Oberhasli has been a dream of mine for years, but it really took Core to bring it to life. We went from concept to live release of not just a concert, but a permanent presence in the metaverse in just a couple of months. Most of the virtual concerts so far have been like a kind of steam that dissipated; they had no lifespan after their initial boom. Oberhasli is an incredible concert experience, but it’s actually a fully immersive digital world that provides a window into my brain that can evolve over time. It is not really the metaverse if it is not going to stay or if it is not going to have some longevity, “clarified Joel Zimmerman himself, better known as deadmau5.

Khloe Kardashian’s Delivery Shows That Even Her Family Refers To Kourtney...

The Court Ordered Sony to Pay $ 160 Million For Filming...