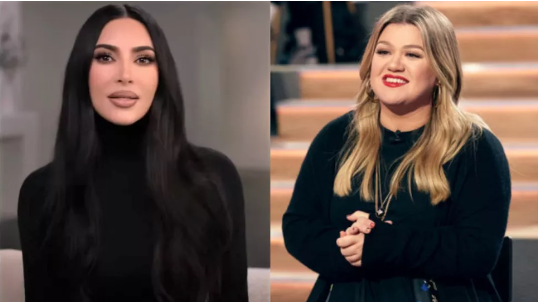 Proper security for celebrities is not an issue that should be taken lightly. Kim Kardashian knows this all too well after nearly $10 million worth of jewelry was stolen from her in Paris in 2016. Since then, she has reportedly had to go to the courts about harassers, and she did so this week by filing an application. a restraining order against a man who reportedly showed up at her house saying he was armed. Kelly Clarkson was also forced to file a complaint against a man who trespassed on her property and left unwanted gifts. Let’s see what’s gone.

On December 5, Kim Kardashian was issued a restraining order against Andre Persaud, who appeared at her house at least three times in August, TMZ reports, claiming that he is armed. The SKIMS boss also said that he “claimed that I communicated with him telepathically” and that he wrote about her on social media.

According to the restraining order, the man Kim Kardashian denies ever dating must be at least 100 yards away from her for five years, and he is prohibited from owning or possessing a weapon.

This isn’t the first time a reality TV star has had to go to court against a potential threat. In May of this year, Kim Kardashian sought a restraining order against a man who sent her home more than 30 letters threatening to kill her and then-boyfriend Pete Davidson. She also claimed that the man made “disturbing mentions of a sexual nature” and was believed to be behind a written bomb threat addressed to her office.

American Idol champion Kelly Clarkson herself got into a terrible situation after a man unknown to her invaded her home in the Los Angeles area several times over the past month, apparently to leave her gifts. TMZ reports that surveillance footage captured a man leaving things on her porch, including postcards and plants. Her security team has filed a report with the Los Angeles Police Department, and officers are using the recording to try to identify him.

Once they find and interrogate the perpetrator, Kelly Clarkson and the police will be able to assess the threat level and decide what further action is appropriate.

These are certainly some disturbing situations, and thankfully it looks like Kim Kardashian and Kelly Clarkson’s security services are on top. You can’t be too careful, especially since the appearance of strangers on private territory can be a potential threat to children. We hope that the situation with the daytime talk show host will be resolved without serious incidents, and both celebrities will remain safe.

You can see more of the reality TV star on Hulu’s The Kardashians channel, which is available for streaming on a Hulu subscription, and check your local listings to find out when to watch the Kelly Clarkson show. Kelly Clarkson will also return as a coach in “The Voice” in the 23rd season, so keep an eye on the TV program for 2023.

Does Nothing (1) phone come with a charger?

After viral videos with allegations of discrimination at Sesame Place sued...