Home News This was the story of Fernanda Castillo 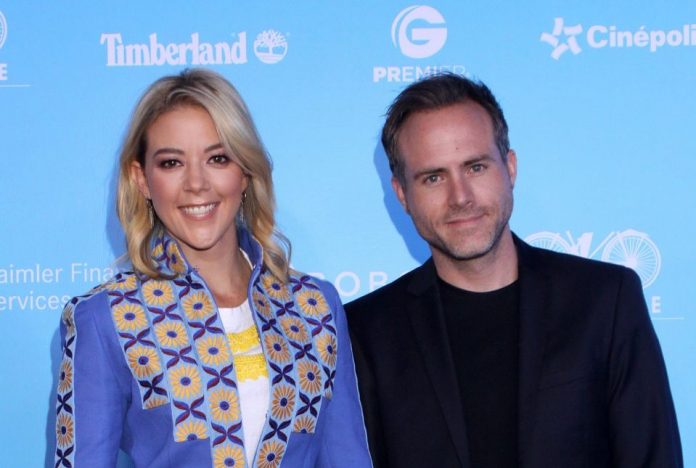 Fernanda Castillo and Erik Hayser are one of the most popular couples in the show right now. Not only did they welcome their first child, they also announced their engagement this year and through their social networks they have not stopped sharing with their fans how happy they are. And if you have not followed his story closely, here we will tell you from the beginning.

In 2015 Castillo was working on the play Password alongside Juan Ríos, who is a friend of Hayser and invited him to see one of the performances. At that time they did not know each other in person but the actress was aware of his work. When they were able to talk, the chemistry immediately emerged, and he was delighted with Fernanda’s beauty; “When Fernanda came on stage I said to myself ‘who is that beautiful woman that she had ever seen?'” He told Un nuevo día two years ago. Their paths weren’t meant to be together yet, so after the pleasant encounter they grew apart, but not by long.

It took six months for them to meet again, again the theater was the favorite place. This time it would be the definitive one because a mutual friendship was in charge of uniting them when he found out that the actor was single. Thus their friendship in common organized a date between them and they were arrowed. Finally, a year after their first meeting, they decided to make their relationship official.

3. They took time to get to know each other

The truth is that this relationship was not as sudden as some others in the middle, because neither of them was in a hurry to get anywhere. When they began to meet they were surprised to see that they had many things in common and they spent hours talking on the phone. In an interview that Fernanda gave to the Gustavo Adolfo Infante program En company… she confessed that she was paralyzed when she saw him unfold on stage. It wasn’t long before the wedding rumors started to come out but they always assured that they didn’t want to rush things.