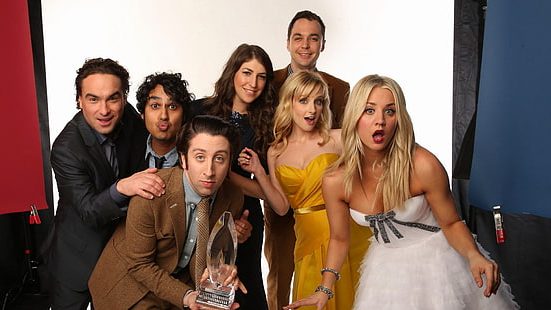 For twelve seasons, CBS aired one of the most successful sitcom series of all time, The Big Bang Theory, which continues to make millions of fans around the world laugh despite having come to an end in 2019.

The Big Bang Theory is considered by many fans as a cult series that came to enrich the screens and bring joy to millions of viewers who for 12 years had fun with the occurrences of Sheldon, Leonard, Penny, Raj, Howard, Amy and Bernadette .

Despite having culminated in May 2019, the reruns of their seasons continue to reach many countries, currently being one of the pillars of television; so it’s hard not to associate the name The Big Bang Theory with each of its fantastic characters.

According to the plans of the creators of the sitcom, the series that had as original protagonists Johnny Galecki, Kaley Cuoco and Jim Parsons, before airing for the first time was going to have a different name than The Big Bang Theory.

What was The Big Bang Theory originally going to be called? Interestingly, the fan-favorite sitcom would be named Lenny, Penny, and Kenny, according to a report from the Good Housekeeping website.

Fans of The Big Bang Theory can easily identify Leonard and Penny’s characters from part of the original series title. However, they are not familiar with Kenny. Well, in the beginning, Kenny was Sheldon’s name before he changed to something a little more scientist-friendly.

Ultimately, the title of Lenny, Penny and Kenny was dropped. Undoubtedly, due to the interpretive quality of its characters and the narrative of the series, with the first name they would also have seized the success it currently has as The Big Bang Theory.

Jordyn Woods reveals adorable photos of her as a child

The Mandalorian: after Baby Yoda, Baby Jabba is the buzz!