Home Entertainment This was the last scene to validate certain theories. 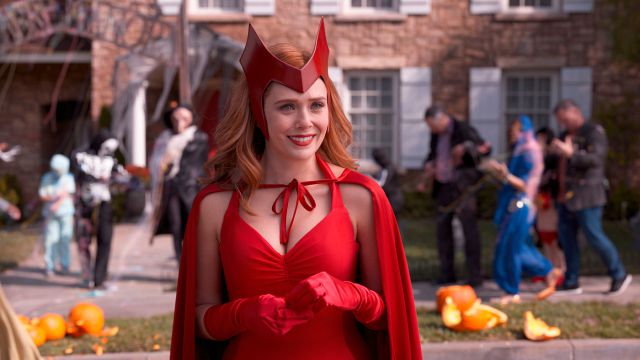 Scarlet Witch and Vision finally came to an end last week, uncovering its emotional ending and linking the series to future MCU films such as Doctor Strange and the Multiverse of Madness, where the presence of Elizabeth Olsen as Scarlet Witch has already been confirmed. Even so, many fans expected certain revelations based on theories that finally did not occur; although apparently some of them were very close. This is recognized by series director Matt Shakman, who has revealed on the Fatman Beyond podcast a surprising deleted final scene that would confirm a particular theory.

Spoiler notice from the next paragraph

Thus, beyond confirming that Monica Rambeau, played by Teyonah Parris, had more presence in some of the discarded scripts, the director has explained a revealing final scene that was finally discarded so as not to divert viewers’ attention. This scene was even filmed and had as its main protagonist Mr. Scratchy, yes, the white rabbit of Agatha Harkness:

“We had a plan for Mr. Scratchy that we finally couldn’t do because the ending had too many pieces to fit into. It was a sequence where Darcy, Monica and Ralph were meeting the children at Agatha’s house and they decided to steal the Darkhold from the basement, as the children have seen it there when they were kidnapped. They go down for the book, and when they are about to reach it, the rabbit jumps in front of the book and they exclaim ‘Oh, it’s Mr. Scratchy, it’s the best,’ ”explains the director.

“Then they go over to pet him and then there is that transformation to ‘An American werewolf in London’ in which the rabbit becomes a great demon. Then there is a ‘The Goonies’ style moment where they try to run away from the rabbit. We shot it, but we didn’t complete the visual effects. It was a great scene, very funny and everyone was great in it, but we ended up leaving it aside because it was a great distraction from what was happening, “concludes the filmmaker.