Home Entertainment This Skyrim mod was directly inspired by Halo 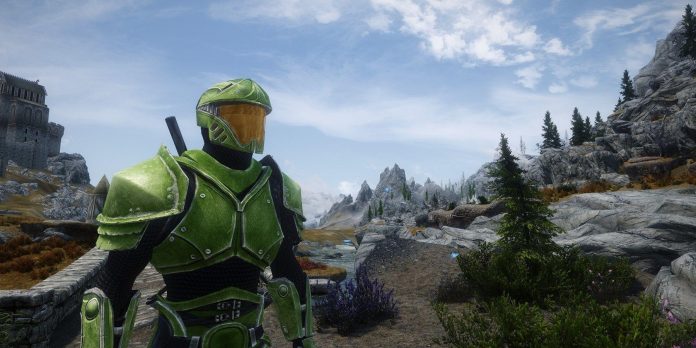 Someone made a mod for The Elder Scrolls 5: Skyrim, inspired directly by the Halo games. While the former is hugely successful on its own, the latter is considered one of the most innovative first-person shooters of all time, rubbing elbows with games like GoldenEye and Half-Life. Perhaps unsurprisingly, someone came along and combined the science fiction elements of one series with the epic open-world role-playing qualities of the 2011 Bethesda release.

Skyrim is even popular in the Steam deck, despite the fact that at the moment the game is more than ten years old. It’s hard to say exactly why he’s still dominating the gaming arena after all this time, but there’s probably a combination of factors. To begin with, it’s a pretty big world containing a long storyline and a lot of side quests. On top of that, TES5 seems to have exceeded all expectations by becoming a part of popular culture in general, especially with the quote “arrow in the knee”, which became a meme shortly after release.

Of course, mods also keep the game alive. As DSO Gaming noticed, the user Araanim downloaded the “Spartan Program” mod for Skyrim. This fan add-on includes some aspects of the Halo franchise, namely the armor and weapons used by the Spartan soldiers, with the former based on the Mjolnir armor from Halo. It should be said that this mod draws inspiration from the sci-fi series, but does not seem to contain any plot elements from the game. One of the images shows that players will be able to wield an energy sword, one of the most iconic Halo weapons.

For fans of both games, this sounds like an intriguing way to combine them. Skyrim has a lot of interesting mods that often mix franchises. For example, there is one that turns a Dragonborn into a Predator with the ability to track down xenomorphs. Not to mention that there are many modifications that simply add new content in general or customize the gameplay for a more immersive experience.

Given its huge popularity, Skyrim is one of the most profitable video games of the last decade. It has stood the test of time, and although many would like Bethesda to provide additional information about The Elder Scrolls 6, which was officially teased in 2018, the 2011 RPG seems to have a lot of life left, especially if the modder community continues to release new projects.