Home Entertainment This Parallel Between “Enola Holmes 2” and “Stranger Things” Proves That Millie... 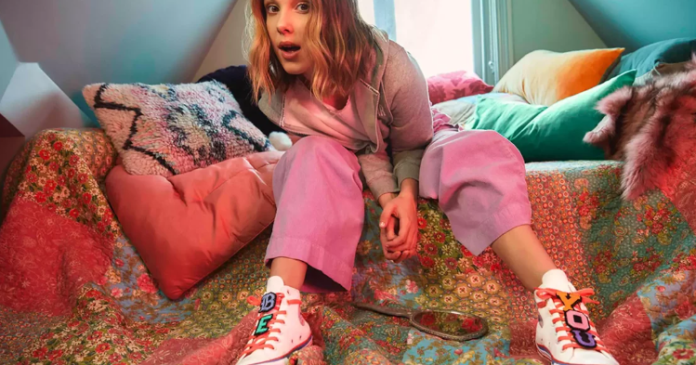 Millie Bobby Brown is one of the most talented people in the industry today. At such a young age, she achieved success and heights that people can only dream of. And undoubtedly, the actress has a long career ahead of her. Recently, Brown has been the best choice of all directors. However, as we all know, the actress achieved a big breakthrough by playing the role of Eleven in the popular Netflix series “Stranger Things”.

Soon after her role in the sci-fi series, she conquered the world. At the moment, the film of the actress “Enola Holmes 2” has been released. But did you know that there is a strange intersection between two popular shows?

Millie Bobby Brown gave Netflix two of her very popular projects: “Stranger Things” and “Enola Holmes”. Both projects were very popular and instantly became hits. Although both dramas belong to different genres and are not related to each other, each of them has similar scenes that prove that Brown is a real rebel. But what are these scenes? Let’s find out.

Disclaimer: This article may contain spoilers for “Enola Holmes 2” and “Stranger Things” season 4.

The parallel between Enola Holmes, the performer of the main role of Millie Bobby Brown, and the TV series “Stranger Things“.

Enola Holmes and Eleven were incredibly interesting to watch. While Enola is extremely intelligent, observant and insightful, Eleven possesses psychokinetic and telepathic abilities. However, if there is anything in common between these two characters, it is their rebellious nature. Netflix’s latest Twitter post shows similar examples from two projects. Both photos show Brown being arrested, with different GIFs underneath.

The tweet was captioned: “Enola and Eleven in the Age of Rebellion.”

Enola and Eleven in their rebel era pic.twitter.com/FvbGWHDKOO

In the first image, Enola is arrested when Lestrade catches her and imprisons her for May’s murder. However, the second photo is Eleven in season 4 of the TV series “Stranger Things“, when she attacks her bully during a trip to Rick-O-Mania.

The release date of the fifth season of “Stranger Things” is still unknown. But Brown fans can enjoy the sequel to the detective drama “Enola Holmes,” recently released on Netflix.

What are your favorite moments from “Enola Holmes” and “Stranger Things“? Let us know in the comments below.