Home Crypto This News Has Made The Bitcoin Price Peak! Here’s What Happened… 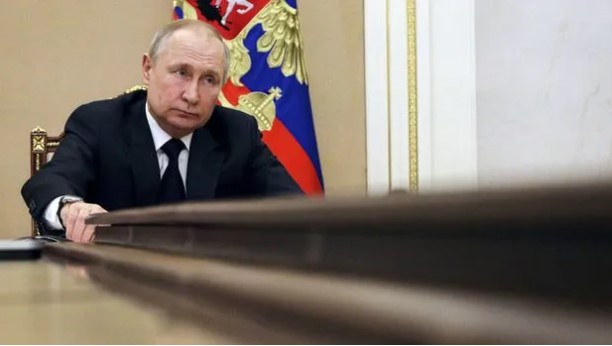 Bitcoin price is surging more than $1,000, approaching a key psychological resistance level of $40,000. It rose more than 2.2% in the last hour after Putin announced progress in talks with Ukraine.

Bitcoin price briefly rallied $1,400 before consolidating below $40,000 on Friday, according to data from TradingView. This price action was up 1.5% from the intraday low of $38,347.43. The positive atmosphere stems from Russian President Vladimir Putin’s statement during his meeting with his Belarusian counterpart, Aleksandr Lukashenko, that there are “good developments” in the Ukrainian dynamic. Citing Russia’s Interfax news agency, CNBC reported that Putin said:

There are some positive developments on our side, as the negotiators informed me.

However, it’s also worth noting that Russian troops were supposedly regrouping near Kyiv, with some predicting potential pressure to subdue the capital.

President of Ukraine Zelensky made a statement after Putin. Zelenski, who had previously applied to Putin for negotiation, said that the war had reached a turning point:

The war in Ukraine has reached a critical breaking point. It takes patience and time to win. We expect the European Union to take tougher and stronger steps. Russia has started bringing Syrian mercenaries to Ukraine.

Already known to “dislike” escalations in military conflicts, Bitcoin quickly recovered, along with European and American financial markets. In Germany, the DAX rose 2.6% on the news, while S&P 500 futures rose 1.1% ahead of the opening bell on Wall Street. At the time of writing, BTC/USD volatility continues as the bulls try to break the $40,000 resistance strongly.

However, there were warnings from those who watched the rapidly rising short positions on Bitfinex, one of the major exchanges:

At the time of writing, shorts were still climbing at their highest point since July 2021, seen on both daily and shorter timeframes.

Pressure on local tops of $40,200 has resulted in a moderate short liquidation on derivatives platforms, according to data obtained by Coinglass.

Finally, Adam Cochran, a well-known crypto commentator and analyst, had this to say about the conflicting signals:

Markets are so weak and desperate for relief that we are heading towards vaguely positive news in the Russia-Ukraine conflict, with both sides issuing worsening statements and escalating action.

What is Casper (CSPR) Coin?