Home Crypto This Metaverse coin announces a new partnership: the price has jumped! 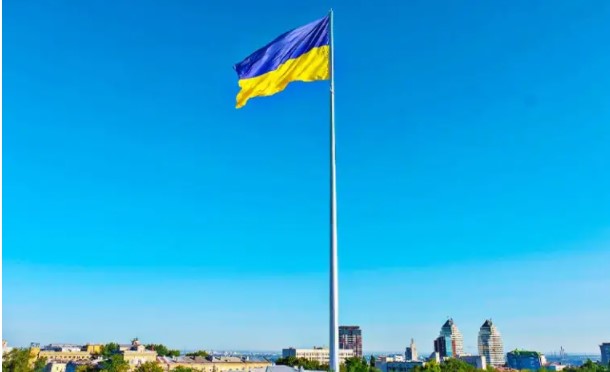 Sandbox (SAND) has officially started cooperation with Mauer to raise $2 million for residents of Ukraine affected by the Russian invasion of the country. The impact of the announcement on the price of the metaverse coin was more than 10%.

10,000 Ukrainian flags will be sold as NFT in the Sandbox

In the recent announcement of Sandbox, a virtual gaming environment where users can create, control and sell gaming capabilities in the metaverse, a collaboration with Mauer was announced. The following statements were included in the published message:

Together with MAUER, we are now collecting donations for the war-torn civilians of Ukraine.

To help Mauer raise funds for Ukrainians in the amount of $2 million, Sandbox plans to sell 10,000 copies of Wave for Ukraine, the Ukrainian flag of NFT. The NFT will consist of a flagpole with a base, as shown above, and a waving Ukrainian flag. In the game, it stands at a height of 25 meters, and the flag stretches for about 8 meters. The price for NFT is set at $100.

The flags are currently available for purchase on the MAUER website. Thanks to the simple payment method presented on the MAUER website, flags can be made using both cards and cryptocurrency. To ensure maximum return on donations, all proceeds from this sale will be transferred to an approved charity organization by Ukrainian employees of MAUER.

Wave NFT will be released in April

At the end of April, any wallet that bought the original NFT on the MAUER website will be able to earn Wave with Ukraine NFT. Surprisingly, the country has expressed interest in issuing an NFT to support this cause.

According to the information that we, as Somanews, received from the MAUER website, Felipe Posada made a special statue openly to help the Ukrainian people. Up to 43,287,512 prints will be issued, one for each citizen of Ukraine. All profits will be transferred to Ukrainian organizations. 10% of the royalties will also be donated to charity when the product is sold. It is worth noting that Ukraine received a lot of help from the crypto community, which donated almost $ 70 million to the cause of the war-torn country.

The price of the Metaverse coin fluctuates by 10%

After the announcement of SAndboox, the price of SAND today fluctuated within 10%. At current levels, it has maintained its growth over the past 24 hours of about 2%, despite a market-wide drop.