Home Entertainment This is What The Witcher 3 Looks Like in 8K Resolution With... 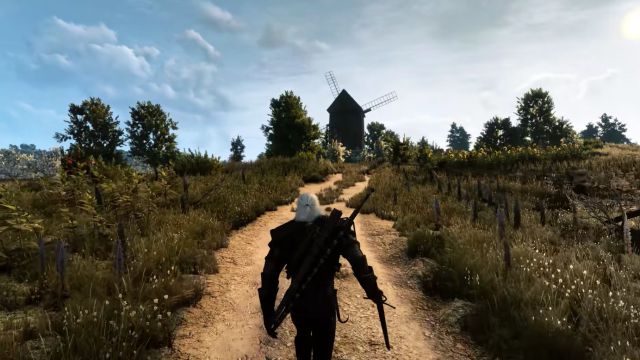 The Witcher 3: The famous video game from CD Projekt RED is subjected to 50 mods that to look in the most spectacular way that we have seen to date. Video included.The Witcher 3: Wild Hunt is one of the most influential video games of the past generation of consoles. With more than five years behind them and sales out of the ordinary, the work of CD Projekt RED once again captures the gazes of the players after Digital Dreams has published a video where we can see it in 8K resolution, with more than 50 mods to improve your graphics performance and, to make matters worse, moving with an NVIDIA RTX 3090, one of the most impressive graphics cards of the moment. This is the result.

From the Digital Dreams channel they have also incorporated the so-called Lighting 2.0 Mod, so that the lighting of the game wins integers. In total, we have a fairly accurate approximation of what would be the adventure of Geralt of Rivia in the new generation of consoles … or more.

One of the aspects that most benefited is water. The game already had realistic vegetation for the time, only now it has better finishes and a play of light and shadow that the whole set benefits from. The drawing distance is also striking at all times; This is the most advanced version to date of the successful title of the Polish studio, responsible for Cyberpunk 2077.

The future of the Witcher passes through the WitcherCon: date and details

Such is the success of The Witcher that CD Projekt wants to expand it to the fullest as a media franchise. After the first season of the series on NETFLIX and the filming process for the second season, the company confirmed this June that an event will be held between them and the video platform for this July 9 at 7:00 p.m. from Spain, the so-called WitcherCon. Hopefully we will see “unique and exclusive content.” As they anticipate: “The video game worlds of CD Projekt Red’s The Witcher and Netflix’s The Witcher series come together for an event full of surprises and exclusive firsts.

It is possible that it is at this event when we see the already confirmed next gen version of The Witcher 3 on Xbox Series X | S and PlayStation 5, which will arrive as a free update for buyers of the game on previous generation consoles.

Premiere Movies And Series On Netflix November 22 to 28