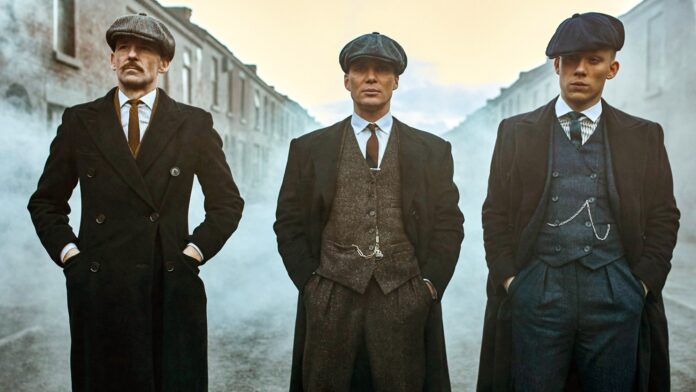 Peaky Blinders actually made the headlines in Birmingham and were known for their unique style. Knight said he created the series based on his father’s stories about men who were “impeccably dressed, with caps and guns in their pockets.”

Tommy Shelby’s family in Peaky Blinders was not based on any character in real life, although they reflect the society that inhabited Birmingham in 1920, however, Tommy Shelby’s enemies did exist.

Birmingham Boys frontman Billy Kimber, who appears in Peaky Blinders, was a real-life gangster, along with Charles “Darby” Sabini, a London criminal who controlled racehorse rackets in southern England.

Kimber and Sabini were real rivals who fought for control, and they both feature prominently in the Peaky Blinders story but incredibly Tommy Shelby is one of the fictional parts of Peaky Blinder.

Season 5 of Peaky Blinders also features drug lord Brilliant Chang who in real life ran a Chinese restaurant in Birmingham and was publicly identified on the news as a “drug king.”

Although the Peaky Blinders weren’t a major influence on Birmingham society in 1920, the Netflix TV series offers an intriguing revisionist story and theorizes what might have happened.

If at some point one of the Peaky Blinders of the 1890s had served in World War I and then had conversations with real historical figures like Chaplin, Kimber, Sabini, Mosley, Churchill, and Chang.

The BBC-Netflix series retains the spirit of the original Peaky Blinders gang, but changes who they were, how they operated, and their motivations in sometimes drastic ways.

See Also
Why the series expands its cast after season 5