Home Entertainment This Is What Goku Black Super Saiyan 3 Rosé looks Like In... 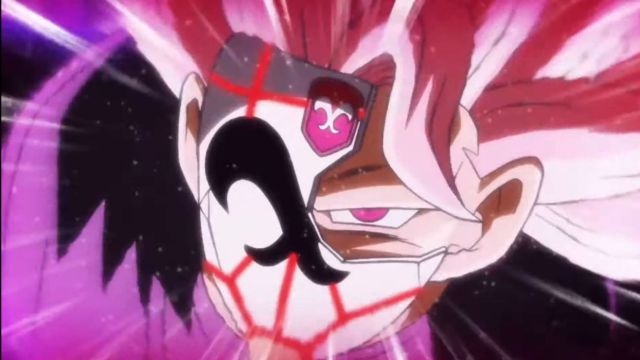 Super Saiyan 3: Son Goku’s antagonist from another universe takes on unprecedented potential, although this transformation is not canon. Let no one be confused with Black Goku, he is not the character we all know, despite the fact that his physical appearance is very similar. He comes from another universe and has no good intentions, in fact he is one of the warriors our heroes fight. Dragon Ball Heroes serves as a catch-all to introduce some of the craziest transformations. Both the video game and the anime series are separate from canon, allowing you to go one step further. A while ago it was confirmed that Black Goku would become Super Saiyan 3 Rosé and it has been.

Dragon Ball Hype, one of the most common sources of everything that has to do with the work of Akira Toriyama, has shared a fragment of the anime in which we can see the transformation of Black Goku for the first time. The character wears a mask that covers part of his face, a trait that he maintains when he concentrates his power to become a spectacular warrior. As in normal Super Saiyan 3, the fighter’s hair grows down to below the back. His eyebrows completely disappear. Now, as his name (Rosé) indicates, in this state his hair is not golden, but pink, as are his eyes.

The first images of Black Goku in SS3 Rosé were shown on the pages of Shonen Jump, one of the great manga magazines in Japan. On that occasion, the concept art that will accompany the arcade version of Dragon Ball Heroes appeared, which is available only in Japanese territory. There is also a domestic version for Nintendo Switch and PC, which can be purchased in other countries.

Dragon Ball Heroes is one of the three video games for home platforms that users can enjoy today. Dragon Ball Xenoverse 2 and Dragon Ball FighterZ continue to receive content.

The release date of the movie “Bad Guys” on Blu-ray has...