Home Entertainment This is what Emilia Clarke did after reading her tragic ending in...

Today Game of Thrones is considered one of the most epic fantasy drama series of all time, since its premiere in 2011 it excited all the viewers of the HBO television channel thanks to each of its episodes. However, on May 19, 2019, when its final episode took place, it managed to disappoint more than one with its very hasty ending.

The controversial ending left the public in an emotional state that ranged from bewilderment to anger, pain and disappointment, even to this day this remains one of the issues of the moment. The same creator of this saga, George RR Martin, confessed that he begged the production to lengthen this installment more so that his last season was up to the task.

But, not only the fans have felt this way, the same actors also frankly confessed their feelings. Among the cast interviewed, one of those who clarified their thoughts was Emilia Clarke, the woman behind fan-favorite character Daenerys Targaryen.

In a past interview with the Emmy-nominated actress, she shared her initial reaction after reading the scripts for season eight. “I went out for a very long walk after … the first time I read the final season”, in addition to confessing that there were tears, she also described that moment as an “existential crisis”.

She initially confessed that she “couldn’t handle it at all”. However, she later talked about how she would come to terms and “make peace” with what happened to her most loved and famous character. “I think it will take me to my 90s to be able to see objectively what Game of Thrones was.”

Undoubtedly, the Game of Thrones actress did not have a good time with that ending at the beginning of all this, however, all fans of this wonderful HBO series will be left with the best memories of Emilia Clarke in her role as the powerful Daenerys.

On the other hand, fans are looking forward to the arrival of the premiere of House of The Dragon, which is a sequel to Game of Thrones, it will follow the story of the Targaryen family 300 years before the events happened on screen. 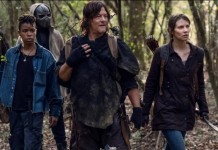 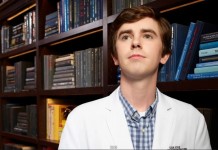