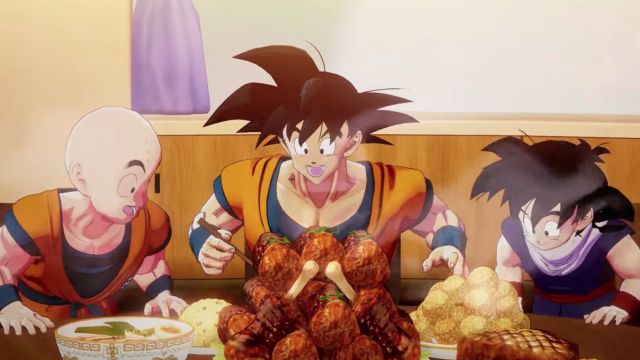 Dragon Ball Z Kakarot: The Bandai Namco and CyberConnect2 video game will be released on Nintendo Switch with the first DLC included. A look at what its playability looks like on the hybrid. Bandai Namco has released a new gameplay trailer for Dragon Ball Z: Kakarot + A New Power Awakens Set for Nintendo Switch. The video, broadcast on the YouTube channel of the Japanese division, previews us direct footage of the version that will be launched this September 24 on the hybrid console, which, as its name indicates, includes the season pass with the first two episodes of additional content.

Although it is still early to judge this version compared to the ones we had last year on PlayStation 4, Xbox One and PC, this adaptation of the CyberConnect2 work presents a certain graphic cutout both in the modeling of the characters and in the environments, such as It is usually common in this type of adaptations that, above all, have the advantage of portability. Nintendo Switch, Nintendo Switch Lite and Nintendo Switch OLED players (starting October 8) will be able to enjoy the experience anywhere; both on the laptop and also on the desktop.

No details have been revealed about the resolution of Dragon Ball Z Kakarot for Nintendo Switch, nor the rate of images per second, presumably at 30 FPS, as in the original version.

So what content is not included in the Dragon Ball Z Kakarot DLC for Nintendo Switch? Specifically, the latest Trunks DLC, called Trunks, the warrior of hope.

A Lot of New RTX 40-Series Laptops Have Been Announced at...

Xbox fans are unhappy with the Elite Core Controller