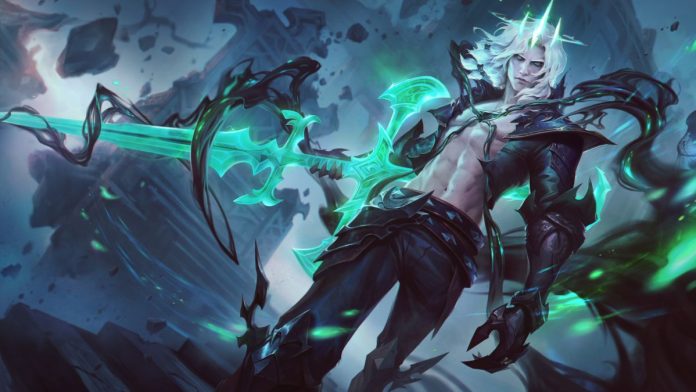 Viego is the new champion available in League of Legends. He will be coming to the test server very soon; within the final game before February.

League of Legends has put a face and a proper name on its next champion: Viego. The Ruined King has him scheduled to arrive in the game before the end of January, although he will very soon make his debut in the test realms. We already know all of his abilities.

Viego: all the abilities of the new League of Legends champion

We must highlight the qualities of his passive. Called Sovereign Domination, Viego can temporarily possess the enemies he helps assassinate, initiating a chain of action. First of all, possession heals part of his maximum health. During this period, the champion’s basic items, attacks, and abilities become those of the downed enemy. As if that weren’t enough, he even gets a free cast of his own ultimate (Heartbreaker) and gains bonus speed and movement when moving towards enemy champions in this state. Almost nothing.

Pressing Q causes Viego to strike his spectral blade forward, dealing physical damage to the enemy; his attack hides a vital peculiarity, and that is that it deals a percentage of the current health of the target of him as additional damage. In other words, if we recently hit an opponent with another of his abilities, the Blade of the Ruined King will hit twice. That second hit initiates lifesteal, instead of dealing basic damage. It continues to apply on-hit effects and can crit, as well as sustain during possession.

In the case of the W key, the ability is a traditional charge that introduces stun effects when hitting the target. If the ability can be charged for a longer time, the stun duration and range of the Mist are increased. This can be fused with Path of Torment, ability in E. Viego launches a wave of Black Mist around a wall near his position. While he’s inside her, the champion gains attack speed, movement, and cloak.

Lastly, his ultimate ability (R key) allows him to dash forward on the enemy champion with the lowest percentage of health in range, dealing bonus damage depending on his health.

Hitman 3 will have Dark Souls-style shortcuts to find