Home Entertainment “This is us”: Milo Ventimiglia was once criticized for a crooked smile:... 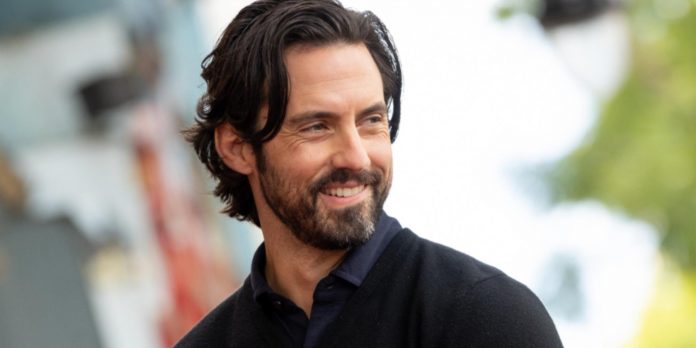 The former star of the TV series “This is us” Milo Ventimiglia was once criticized for a crooked smile when he first started working as an actor. Ventimiglia, who played Jack Pearson in the popular NBC drama series, learned about how he appeared from casting directors who asked him to try to fix a minor facial flaw. However, Ventimiglia has since accepted his “flaw” and proved that previous skeptics were wrong in their careers.

Ventimiglia played Jack Pearson in the TV series “This is Us” for six seasons.

For six years, Ventimiglia played Jack, the patriarch of the Pearson family, on the NBC series This Is Us.

Although his character met an untimely death, Jack was mentioned and also seen in flashbacks with his wife Rebecca (Mandy Moore) and their three children.

However, Ventimiglia said that even when Jack was a ghostly figure, visible only in memories, he left an indelible mark in the hearts of the audience “This is us”. They appreciated how attractive the character was.

“I’ve heard a lot of people are looking for their Jack,” Ventimiglia told Entertainment Weekly.

“They were fascinated by this guy, who seemed like something of a mirage. At every stage of the game of a person of a different era, I tried very hard to make him achievable and accessible. If they make an effort,” Ventimiglia concluded, “he’s the kind of guy anyone can be.

Milo Ventimiglia was once criticized for a crooked smile.

In an interview with People magazine, the actor spoke about the physical characteristics that some casting directors wanted him to correct at the beginning of his career.

Ventimiglia spoke about his first days in the entertainment industry, where casting directors criticized his crooked mouth.

Consequently, the actor was born with dead facial nerves, and one side of his mouth is slightly turned, which caused asymmetry.

However, they asked: “Could you stop doing that with your mouth when your lip goes down?” Ventimiglia said.

When the actor was younger, he worked hard to overcome another problem.

Milo Ventimiglia called Jack Pearson’s “This Is Us” the role of a lifetime.

In the same interview, Ventimiglia shared what he said out of the corner of his mouth when he was younger.

“When I was young, I used to talk from side to side. It was so pronounced,” the actor added.

“When I was a kid, I saw an interview on a local news channel and I remember saying to my mom, “Mom, what’s going on? Am I talking like this? Is that what I look like when I talk?”

As a result, Ventimiglia did everything possible to solve this problem from now on.

For example, he said that he spent hours looking in the mirror and reading aloud to adjust his mouth so that his speech corresponded to a natural pattern.

“Every time I caught myself having this slanted, really pronounced mouth, I came up with a way to straighten the word — straighten my mouth through the word and how to fix it so that it wasn’t so pronounced,” we actor shared.

Also, “right now it only pops up if I run and scream. I can’t control it if I’m running and screaming in a scene. It turns out so crooked!”

All six seasons of “This Is Us” are currently streaming on Hulu.