Home Entertainment This Is Treasures Of The Aegean, A Spanish Metroidvania With Parkour And... 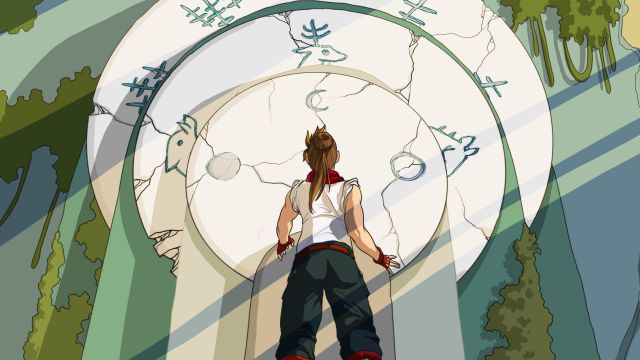 Treasures Of The Aegean: The new Undercoders project arrives in physical format this November 19 from Numskull Games. A historical thriller with an emphasis on narrative. Undercoders and Numskull Games have confirmed the physical premiere of Treasures of the Aegean this Friday, November 19. The Barcelona studio, responsible for works such as SuperEpic and Conga Master, celebrates the launch of its new work in digital format for PlayStation, Xbox, Nintendo Switch and PC consoles; an action adventure with an emphasis on narrative that highlights parkour mechanics, platforms and puzzles.

The development team defines Treasures of the Aegan as a 2D action historical thriller, an adventure supported by narrative and set in a lost world trapped in a time loop. During the adventure we will incarnate two treasure hunters; a parkour teacher named Marie Taylor and a history expert, James Andrew.

Your goal will be none other than to search for the cradle of a lost civilization as you make your way through a huge open world full of steep slopes; walls to be climbed; lianas for which they will have to balance … Mysteries, in short, for a title that breathes references from influential games such as Tomb Raider, Prince of Persia and Mirror’s Edge, among others, as well as the comics of the Franco-Belgian school of The Adventures of Tintin and Asterix.

The key to its gameplay will be the time loops, linked by puzzles and puzzles that we must solve before the island sinks and time restarts. Additionally, the story will be told with interactive flashbacks. The game is made with hand-drawn graphics in 4K resolution and does not have load times on next-gen consoles and PC.

Street Fighter 6 Confirms that Kimberly and Yuri are included in...