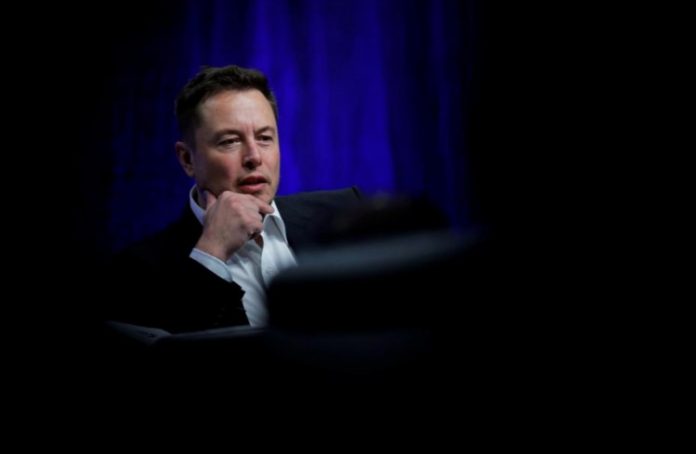 This is not just a joke! Justin O’Connell, a close follower of the industry, says that Elon Musk’s Dogecoin strategy is to reach the “Dogefather” level. According to the expert, Musk’s Dogecoin tweets are not just mischief. Here are the details…

Elon Musk is getting ready to be the “Dogefather”

According to Justin O’Connell, we’re wrong. Elon Musk is not kidding when it comes to Dogecoin. This misconception is perpetuated on social media, in the mainstream press and even in Telegram chats. As Billy Bambrough noted:

Musk, a longtime Dogecoin supporter, adopted the somewhat satirical cryptocurrency created in 2013 this year as a “joke” and issued calls for upgrades, promising rocket company SpaceX that he would “put a real Dogecoin on the real moon.

Fine if investors want to trade Shiba coins for short term.
But don’t even think of doing the same with Shiba dogs.
Once you adopt, you must keep them well though their lives.
They are lovely creatures and friends of human.
– A Shiba seeking for fresh air on Tokyo street. pic.twitter.com/AXfZFZFo3T

And all this is not just a joke, according to the analyst! Elon Musk’s Dogecoin strategy is to be the Dogefather. Dogecoin tweets weren’t just for fun. Elon Musk tweeted about adopting a Shiba Inu as he will soon be known as the Dogefather of the galaxy and even the world if not the universe. Musk is ready to be the dogefather…

I’m getting a Shiba Inu #resisting in vain

I’m getting a Shiba Inu #resistanceisfutile

Elon Musk is commemorated with Dogecoin

Bitcoin has Satoshi. Ethereum’s Vitalik Buterin. However, Dogecoin has no one. Now we have Elon Musk, who has noticed a clear power vacuum in the Dogecoin community and is starting to portray himself as the “ dogefather ” on social media . This should come as no surprise to crypto followers, according to O’Connell. Musk has made clear his grand plan to become the Dogefather and has gained acceptance from the community. He tweeted dozens, if not hundreds, of these. Here’s a tweet of the Matrix post:

“I’m trying to tell you that Dogecoin is money,” Musk’s tweet reads; An excerpt from a popular Matrix movie asking if Dogecoin could make someone “lots of money”.

The billionaire’s love of Dogecoin is no secret to anyone in the cryptocurrency community, and crypto followers have probably figured it out by now. He called DOGE “my favorite cryptocurrency,” “pretty cool,” “underestimated,” “people’s crypto,” and “most fun crypto.” He even gives DOGE gifts to his family and sometimes to their sadness.

Bought some Dogecoin for lil X, so he can be a toddler hodler

While declaring Dogecoin as a potential international internet currency, Elon criticized Bitcoin as “almost as bullshit as fiat”, “ancient cryptocurrency” and “deflationary against a possible flaw”. This has not earned him any fans among Bitcoin maximalists, or true believers in crypto for that matter. Nor did Tesla’s electric vehicle company suspend its Bitcoin payments, citing environmental concerns. Still, Musk held conference calls with Bitcoin miners and seems to remain interested in the world’s first cryptocurrency.

What happened when Dogecoin went to SNL?

Musk moved the role from Twitter to Saturday Night Live. Dogecoin arose naturally. During the “Weekend Update” news show, Musk, who was introduced as a cryptocurrency expert named “Lloyd Ostertag”, announced the cryptocurrency. Confused hosts Michael Che and Colin Jost repeatedly ask him “What is Dogecoin?” they asked. Finally, a light bulb went off in the head of one of the presenters. “So this is a whirl,” said Che after Musk noted that Dogecoin started out as a joke, but is still going to the moon. In the final stage of the episode, Musk taunted about creating a currency based on “whatever I say”.

Request! And just like that, Musk brilliantly solved one of the hardest hurdles to get started with a cryptocurrency: the network effect. The hardest part of creating a new token is building a community that grows and adopts the currency or token for use outside of the network effect. Despite Woz’s profile, ask Steve Wozniak about the WOZX token, who was not a pre-Musk Dogecoin. Dogecoin’s enthusiastic community apparently took good care of the self-appointed leader. Musk had at least one conference call with Dogecoin developers who did not make statements that distanced themselves from the billionaire. That’s why Musk is already considered our Dogefather. So what will he do? According to the expert, this is very clear. It will create a smartDOGE. He even speaks publicly. During the Crypto Council for Innovation’s Bitcoin Word event, Musk explained previously released ideas to raise Dogecoin via Ethereum to “maximum transaction rates and lower transaction costs”:

Combining something like Ethereum and Dogecoin can have some benefits.

The future of Dogecoin (DOGE): smartDOGE

A future must-have is an Ethereum-inspired Dogecoin led by Musk: smartDOGE. “Bitcoin alone cannot scale to be the world’s monetary system at the base layer,” Musk said. He thought that Bitcoin would not be a P2P payment system without the help of a second-layer network. “There are some benefits to considering something with a higher maximum transaction rate and lower transaction cost and seeing how far you can take a single-layer network with exchanges acting as the de facto second layer,” Musk said. He added, “I think you can take this further than people realize, and as bandwidth increases, latency decreases.” With all this, the comments are left to us… Dogecoin’s (DOGE) price and detailed market data can be found here. you can see.

Some thoughts on the recent "whale wallet" debate: https://t.co/20VXzLGqGh