Home Tech This Is The New Microsoft Surface Duo 2: Price And Features 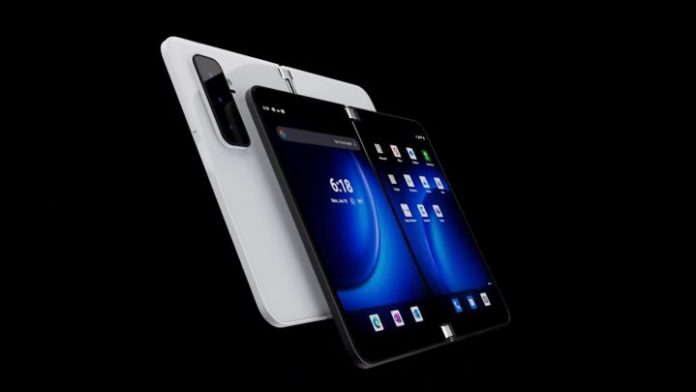 Microsoft Surface Duo 2: During the event that Microsoft has had today with its entire digital audience we have found one of the most anticipated devices by all: the Surface Duo 2 device. The company has learned from the experience of the first terminal and has listened to its followers giving just what they wanted. We take a look at the features of the company’s new phone.

Microsoft Duo, a smartphone camouflaged in a tablet

Last year we saw the first glimpse of a new smartphone from Microsoft. Since leaving the Lumia series from Nokia, the company had not done something similar and today, finally, we see the evolution of this device. We have already told you its name and it is Surface Duo 2, which is an improved version of the first version.

What we find as soon as we see it closed is a large device that occupies the whole hand. There are no screens as in current folding devices, but they have taken advantage of the fold area to turn it into a notification area. On the back we find something highly anticipated: three 16 + 12 + 12 MPX cameras, having a main lens, wide angle and telephoto lens. On the side you will find a start button that has integrated fingerprint recognition to unlock the terminal.

On the inside is the highlight: two slightly differentiated screens that become an 8.3-inch extension, a front camera and a 90 Hz refresh rate. They are compatible with the company’s stylus, but where they display all their power is in productivity. The device works with the two screens together, although you can divide them to see a Word while you speak in Teams with your team or navigate in Google Maps and you have Spotify on the other screen.

Inside it has nothing to envy a high-end phone with its Snapdragon 888 5G processor because yes, the Surface Duo 2 has 5G and can be used as a mobile phone, something that many wished when seeing the first version of the device . There are still details to discover, such as the RAM, the battery or, which is also important, the details of the price and the output of this device that, for now, it is known that it will arrive in two colors on the covers.