Home Tech This Is The New iPhone 13 Case Without Plastic Wrap, How Do... 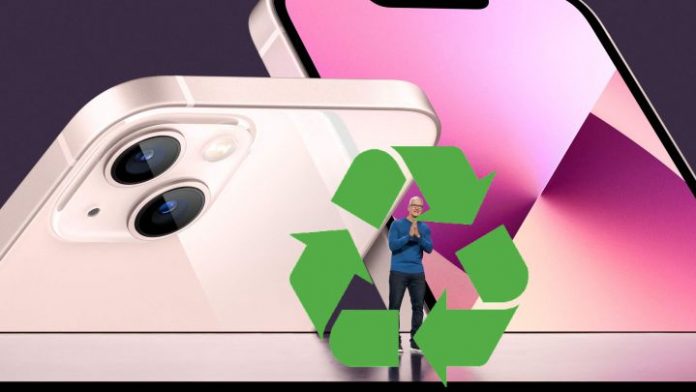 iPhone 13: That Apple is one of the most environmentally conscious companies in the world is a proven fact. In fact, in 2018 they already managed to reach 100% clean energy facilities – the energy obtained from virtually inexhaustible natural sources, either because of the immense amount of energy they contain, or because they are capable of regeneration through natural means such as Sun, wind, biomass, etc.

Thus, every Apple environment in the world between stores, offices, centers, facilities and others in 43 countries, including the United States, United Kingdom, China and India, uses renewable energy thanks to 23 global suppliers.

Next step? Plastics, one of the biggest headaches in terms of their massive use – and dependence – and their low biodegradability. Therefore, among the novelties of the iPhone 13 is the elimination of that plastic that surrounds everything new that we buy.

Goodbye to the plastic that wraps the iPhone 13 case

One of the things that was already known before Keynote last week in which they presented the new iPhone 13 was that those from Cupertino had redesigned the packaging of the iPhone 13 box, eliminating the plastic wrap, making it more ‘eco -friendly ‘. But the question was the one that many of you ask yourself, because if there is no external plastic wrap, how do the boxes hold tightly closed during transit and handling without the lid opening and the terminal coming off?

Twitter has given us the answer with a photo that media such as 9to5Mac have echoed. The photo, tweeted by Apple leaker DuanRui and branded by Weibo – the Chinese Twitter – shows an adhesive paper tab from the end of the box to the bottom, with a tear-open strip, a wrapper similar to the one that we see in other products such as microSD memory cards.