Home Entertainment This Is The Actress Who Replaced Gal Gadot As Wonder Woman In... 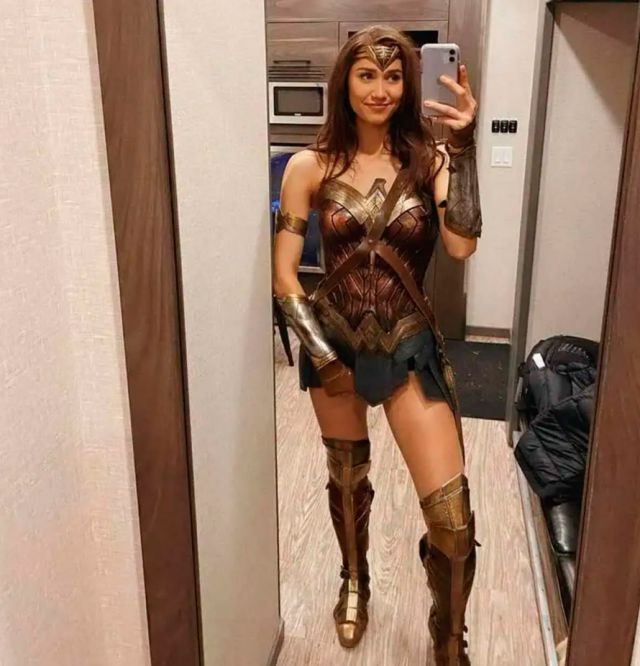 Peacemaker: James Gunn’s celebrated series for DC includes the much talked about Justice League cameo in its final episode; who is the actress in the shadow? Peacemaker, James Gunn’s celebrated series for DC, reached its final episode last week with an explosive cameo in one of its last scenes. So much so, that we see the very Justice League arriving at the scene of the final confrontation of Peacemaker and company against the alien butterflies, a witty cameo in which the Peacemaker himself reproaches them for always being late, not without joking again about Aquaman’s love preferences. Of course, we only see four members of the Justice League on screen, two of them with their usual interpreters (Aquaman and Flash) and the other two shadowed without showing their faces (Superman and Wonder Woman). Now we know who played the role of Gal Gadot for the cameo.

The actress who replaced Gal Gadot comes to light

Thus, while Jason Momoa and Ezra Miller appear on the screen in close-ups and even talking to each other, both Superman and Wonder Woman appear in a testimonial way, since they did not have their usual interpreters, that is, Henry Cavill and Gal Gadot, respectively. . Now, we know that the actress who played Wonder Woman is Kimberly Von Illberg; all this through her social networks, where she has published the following photograph from the set of Peacemaker.

“I have been waiting to post this photo since last May!! Peacemaker Episode 8 IS FINALLY AVAILABLE! COME ON, WONDER WOMAN, haha. The best concert by far!! I can’t believe I was lucky enough to wear Gal Gadot’s real hair and outfit. What is my life? ”, Writes the actress in her Instagram post where she has also published the photo that you can see on these lines along with a photograph of her dressing room door with the name Wonder Woman.

Let’s remember that Gal Gadot is already working on the third part of Wonder Woman with director Patty Jenkins, so Kimberly Von Illberg’s cameo was only for this DC series. Peacemaker will return soon with its season 2.