Home Tech This Is Steam Deck Inside: Valve Disassembles Its New Device Step By... 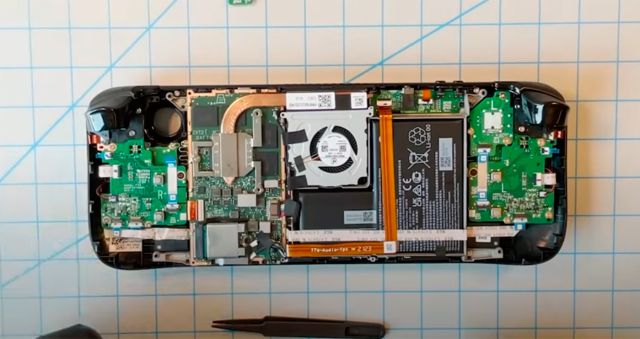 Steam Deck: They share a video on what the internal components of the Steam Deck look like and how to disassemble them; yes, Valve does not advise doing this type of practice. Steam Deck, Valve’s new device halfway between the world of PC and portable consoles, has become the object of desire for many video game fans who hope to take their extensive Steam library wherever they want. And coinciding with the arrival of another portable console such as Nintendo Switch OLED, from Valve they have considered claiming part of their prominence by showing what Steam Deck is like inside through a video of more than 5 minutes with great details about its assembly.

This is the internal components of the Steam Deck

Thus, Valve has wanted to answer many questions focused on its internal components and its hardware; And what better way than to give an answer in visual format, offering a kind of tutorial to disassemble a Steam Deck and put everything back in its place step by step. Even so, its managers recommend not doing this process with commercial Steam Decks, since it is only an informative video.

And it is that opening a Steam Deck in this way entails several dangers that can be fatal for the stability and conservation of the device, since it is very easy to damage the lithium ion battery or any other component or connection; In addition, they remind us that by doing this the warranty is lost. Of course, thanks to the video that you can see heading this news, we can see the position of its main components and how to remove and replace parts such as the sticks or the battery.

On the other hand, Valve warns that after opening the Steam Deck, when reassembling its casings it will be less resistant to falls and shocks; on the other hand, static electricity can permanently damage hardware, just like any other electronic device.

Apple Plans to Reopen Part of Its Stores in May

Installing and configuring Chromecast to make your TV smart