Home Entertainment This Is Ready Or Not, The Spiritual Successor To SWAT 4 Now... 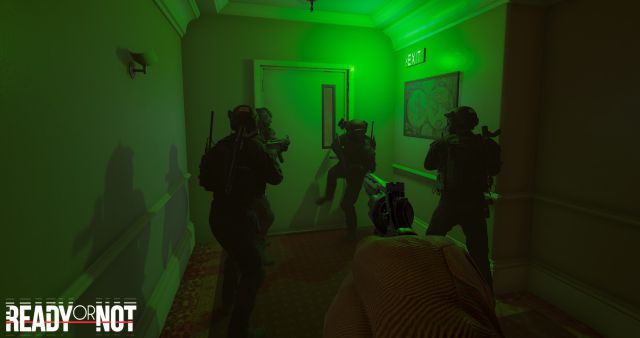 Ready or Not is now available on Steam as part of the early access program. This is what the spiritual successor to SWAT 4 looks like. Ready or Not has become one of the sensations on Steam during the month of December. The Void Interactive title began its commercial journey in the form of early access with Team 17. However, a few weeks after its publication, they parted ways “by mutual agreement.” This is the spiritual successor to the SWAT franchise.

Ready or Not Early Access Now Available on Steam

The team announced the project back in 2017. During these years, the community company has been the main pillar on which its communication has been sustained. Word of mouth, as they say in that context. Why get to Early Access now on Steam? From Void Interactive they assure that the reason is because they have managed to enter a phase in which “it is a viable product that players want to play and it is fun.” “Being in early access allows us to offer the complete vision of the game and gather feedback to make big changes that would not be possible in the final version,” they underline.

They believe that they will be at least 12 months in it, so they place us on the final launch in December 2022. At the head of this news you can see what the content of this portion of the game consists of.

From the beginning they have shared the search to create a realistic environment, that is, to establish the rules of the SWAT operation in hostile situations. “VOID Interactive has engaged with police teams around the world to create rules and scores that are both challenging and realistic,” they reveal. “To add to that realism, Ready or Not features ballistic penetration, bullet ricochets, kevlar and bulletproof dynamics, as well as projectile expansion and displacement.” We will have “more than 60 unique objects” to customize our equipment according to the type of scenario we face.