Home Sport This is how the MMA fighter Dean Maxwell ends after a terrible... 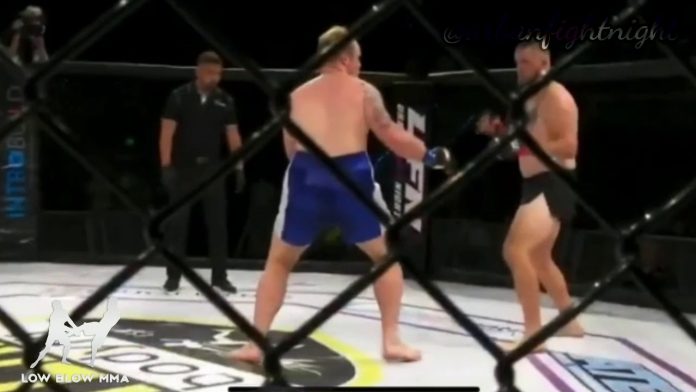 The intensity of fighting in MMA fights is sometimes so deadly that fighters suffer terrible injuries like the one below.

In the framework of Urban Fight Night 24 , Rayment Randall hit a low kick to Dean Maxwell, the result is that the latter immediately fell to the ground amid screams and astonishment from the same rival who approached to attack again but practically stayed motionless to see what was happening.

As it was said at first, the meeting between the fighters Dean Maxwell and Rayment Randall went viral, but the reason was the shocking fracture that the fighter and heavyweight champion, Maxwell, suffered after a kick.

The images that will present can be sensitive and strong for the reader.

The power of the low kicks or low kicks in Mixed Martial Arts fights are devastating if they are well executed but their damage is little perceptible unless there is a clear fracture.

With the regional heavyweight title Dean Maxwell faced Rayment Randall who started the fight with an aggressive stance and 20 seconds after it, he infiltrated a low kick that at first did not seem to have had an effect but by supporting the right leg it was clearly possible notice the fracture .

Randall is known as ‘The Limb Reaper’ or the ‘limb reaper’ for his ability to perform submissions on the opponent’s arms or legs added to the ability and power he has when striking with the foot.

The MMA medical staff said that Maxwell had suffered a tibia fracture that will require surgical intervention in addition to the fact that the Australian fighter will not be able to walk for the next three months.

Low kicks are a classic in the arsenal of any participant in Octagon fights in both MMA and Ultimate Fighting Championship. Although they are normally used to weaken the opponent’s legs or to measure the distance in which the rival is, but when used at the right time they can wreak havoc.

Another remembered case is that of Anderson Silva, at the end of 2013 . It was the second round of the fight for the UFC middleweight title when the Brazilian broke his tibia after kicking Chris Weidman although, surprisingly, he seemed not to notice until he wanted to put his foot on the floor of the octagon. .