Home Entertainment This Is How Spectacular Black Manta’s redesign Looks In Aquaman 2: New... 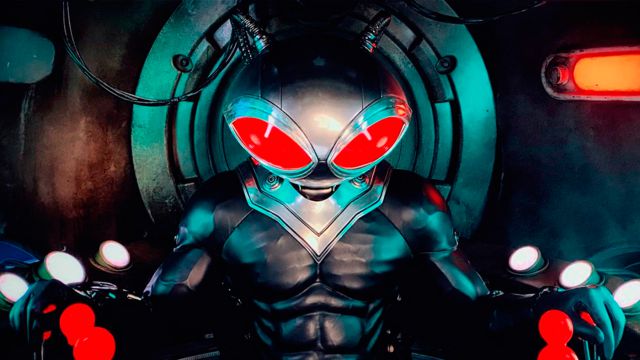 Aquaman 2: The director of Aquaman and the Lost Kingdom publishes new photographs of actor Yahya Abdul-Mateen II characterized as the famous DC villain. The recent DC FanDome event has brought us many of the upcoming DC news in the form of trailers, trailers, and behind-the-scenes glimpses. And one of the most anticipated projects is Aquaman and the Lost Kingdom, a sequel to James Wan’s successful and celebrated Aquaman again starring Jason Momoa. Now, and after a look at the current filming of the film, the filmmaker himself has shared new photographs of Black Manta, the villain we saw in the first part played by actor Yahya Abdul-Mateen II, showing the redesign of his new armor .

This is the new villain of Yahya Abdul-Mateen II

And is that after the new look at the production of the sequel to Aquaman, director James Wan has published on his Twitter account new images of Black Manta, the famous villain played again by Yahya Abdul-Mateen II.

“Black Manta (played by the talented and baddie Yahya Abdul-Mateen II) and his ship / technology are inspired by the aesthetics of Silver Age (and New 52) comics,” the filmmaker writes via social networks. Of course, the appearance of the actor with his new armor could not be more threatening and imposing, paying homage to the classic versions of the comics.

Recently, James Wan himself shared the first official images of Jason Momoa with his new costumes for Aquaman and the Lost Kingdom, highlighting a new version with darker tones.

The Batman Will Show The Scariest Version Of The Dark Knight:...