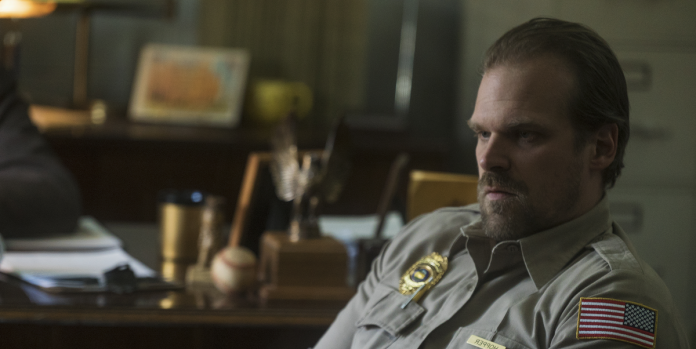 Both the adult cast and young cast of Stranger Things have established themselves as some of Netflix’s biggest stars in popularity and financial gain.

David Harbor, who stars in the sci-fi horror series as fan-favorite Jim Hopper, has amassed an estimated net worth of $ 6 million from his acting work, according to Celebrity Net Worth.

Harbor has appeared in all three seasons of Stranger Things and will return for the upcoming fourth season. Although the figures are not official, David Harbor’s estimated gross per episode is about $ 350,000, which is undoubtedly among the largest sums on the platform.

The actor also co-starred in the Netflix original movie Extraction, Chris Hemsworth’s headliner that proved to be one of the most-viewed original movies of 2020 and all time.

Beyond his work on Stranger Things and Netflix, David Harbor has appeared in many television series over the years, including The Newsroom, State of Affairs, Rake, and Manhattan.

Since his appearance on the super popular Netflix original series, Harbor has landed roles in high-profile films such as Black Mass, Suicide Squad, Hellboy, and Black Widow. He will then be seen in the HBO movie Max No Sudden Move and, of course, in nine more episodes as Jim Hopper.