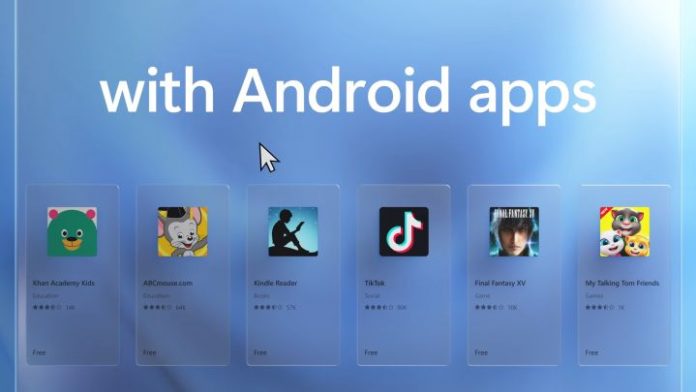 Windows 11 is full of surprises and features to come. Those of Redmond have found the definitive formula so that all the devices in which the operating system works have all the options available to work and play. And for that the company has known how to ally itself with others in the market and we have finally seen how the installation and use of Android apps works in Windows 11.

You finally see how to download Android applications in Windows 11

Windows has achieved something that seemed unthinkable for many users and is the presence of using applications designed for other companies. Those from Redmond followed in the wake of the most important mobile developers, to the point of having their own store within Windows. This was very well received, to the point of integrating Xbox games into their system.

But the important thing was not the games, but rather that the company has made available to users a new way to obtain applications that they could use perfectly on their mobile devices. And this is where a very interesting function comes in: downloading native applications for Android.

Much has been said about the subject and many expected this ability to come standard with the operating system, but it has not. This does not mean that they will never be used as it has happened to the Windows 10 cat emojis and, in fact, we have already told you on occasion that they were being tested in the beta phase of the operating system.

From the beta phase, precisely this tweet comes to us in which it can be seen that users are already testing this function. What can be seen is that the applications open in windowed mode and, in addition, they do so vertically. Of course, this responds to the standards of the developers of the applications themselves, who do them thinking about the screen of a mobile phone.

This then does not pose any problem to use them, beyond the convenience of using a touch device such as, of course, the firm’s Microsoft Surface. It will undoubtedly be a great novelty for users and it is a matter of time before it arrives definitively for all those who have a computer with Windows 11.