Home Tech This is Demon Slayer, the record-breaking anime movie 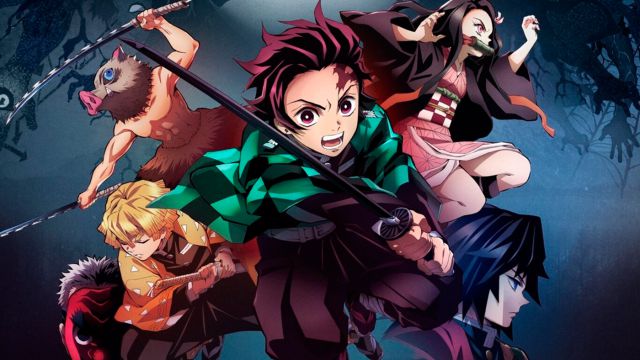 Demon Slayer: Mugen Train was released in Japan in October 2020 and is already the highest grossing film and one of the most successful in the history of the country.

Demon Slayer the Movie: Mugen Train, the new film in the Kimetsu no Yaiba saga, is already the highest-grossing film of 2020 in Japan, also positioning itself as one of the highest-grossing films in the country’s history, all in Japan. full pandemic of the coronavirus along with the different restrictions of public spaces. So much so, that this new animated feature has already reached $ 313 million at the box office, surpassing the previous number one, Hayao Miyazaki’s Spirited Away in 2001 and its $ 305 million in gross.

Premiere in the West throughout 2021

Thus, Demon Slayer the Movie: Mugen Train, premiered in Japanese cinemas on October 16, 2020 with a large presence in all kinds of rooms, from IMAX to 4D, achieving a spectacular collection figure in just over two months , in addition to becoming the most lucrative phenomenon in its first ten days of launch.

On the other hand, the Kimetsu no Yaiba franchise (which appeared in Shonen Jump in 2016 to make way for the anime series shortly after) has achieved an economic impact this 2020 of more than 2,143 million euros in Japan alone, a record if we have take into account the impact of other international franchises such as Star Wars and its 3,000 million euros a year worldwide.

Demon Slayer the Movie: Mugen Train is a film directed by Haruo Sotozaki that tells us the adventures of a young man named Tanjiro Kamado in which he must face, katana in hand, an entire army of demons aboard a passenger train. And is that Kamado is an expert hunter of demons since these creatures killed his entire family. The Demon Slayer saga is expected to hit the West in 2021; so much so, that Selecta Vision already has the rights to distribute both the series and the film soon in our country.