Home Entertainment This Is Ben Brereton In FIFA 22: Official Averages And Ratings 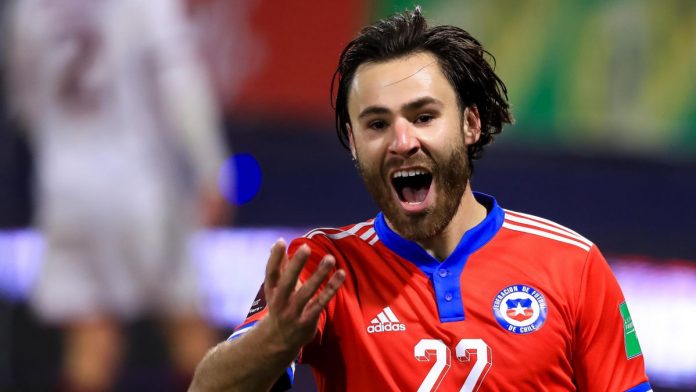 FIFA 22: The Blackburn Rovers forward has surprised with his performances in the Red and his ‘virtual record’ in FIFA has increased in level with the passage of time. Ben Brereton has been the sensation since he was first called up to the Chilean national team. In a few months he went from being a stranger in the Copa América to becoming one of the most loved by fans. An impact that will be seen even more after his brilliant debut in the Playoffs with two goals in three games.

The 22-year-old Chilean is living a dream 2021. In addition to his irruption in the Red, he lives a sweet present in the Blackburn Rovers. His good time has come to such a point that EA Sports chose him among the best players of week 2 of FIFA Ultimate Team, where he shared a team with Karim Benzema, Felipe Anderson and Gabriel Jesús, among others.

How has Brereton evolved in FIFA?

His evolution has not gone unnoticed within the EA Sports title, where the current Championship scorer made his first appearance in the 2017 edition of this when he was playing for Nottingham Forest. At that time, Brereton was added to FIFA with an overall rating of 64 with a potential of 81, but he did not have a FUT card.

Ben’s first time in this game mode was in FIFA 18. At that time the card had an average of 66. In 2019, the Chilean’s card suffered an increase in its statistics reaching an average of 69, but this time he was already wearing the Blackburn Rovers jersey.

In FIFA 20 and 21, Brereton suffered a devaluation in the general statistics of him within FUT. The Chilean obtained 68 and 66, respectively. Already in the latest version of the football simulator, the FUT card of ‘Big Ben’ had four important changes.