Analyst Willy Woo announced on Twitter that an on-chain indicator for Bitcoin broke the record. Woo claimed that “price will follow this record”.

Famous crypto money analyst Willy Woo announced that the on-chain NVT signal broke a record with the statements he shared on his social media account. With this indicator pointing to an all-time high, it signaled that a new increase in bitcoin price is on the way.

According to Woo’s statements, the NVT indicator, which is used to measure when the transactions in the Bitcoin network are high compared to their original value, has passed $ 10 thousand for the first time. Woo stated that the market expects Bitcoin to run to new records of $ 14,000 and $ 20,000. 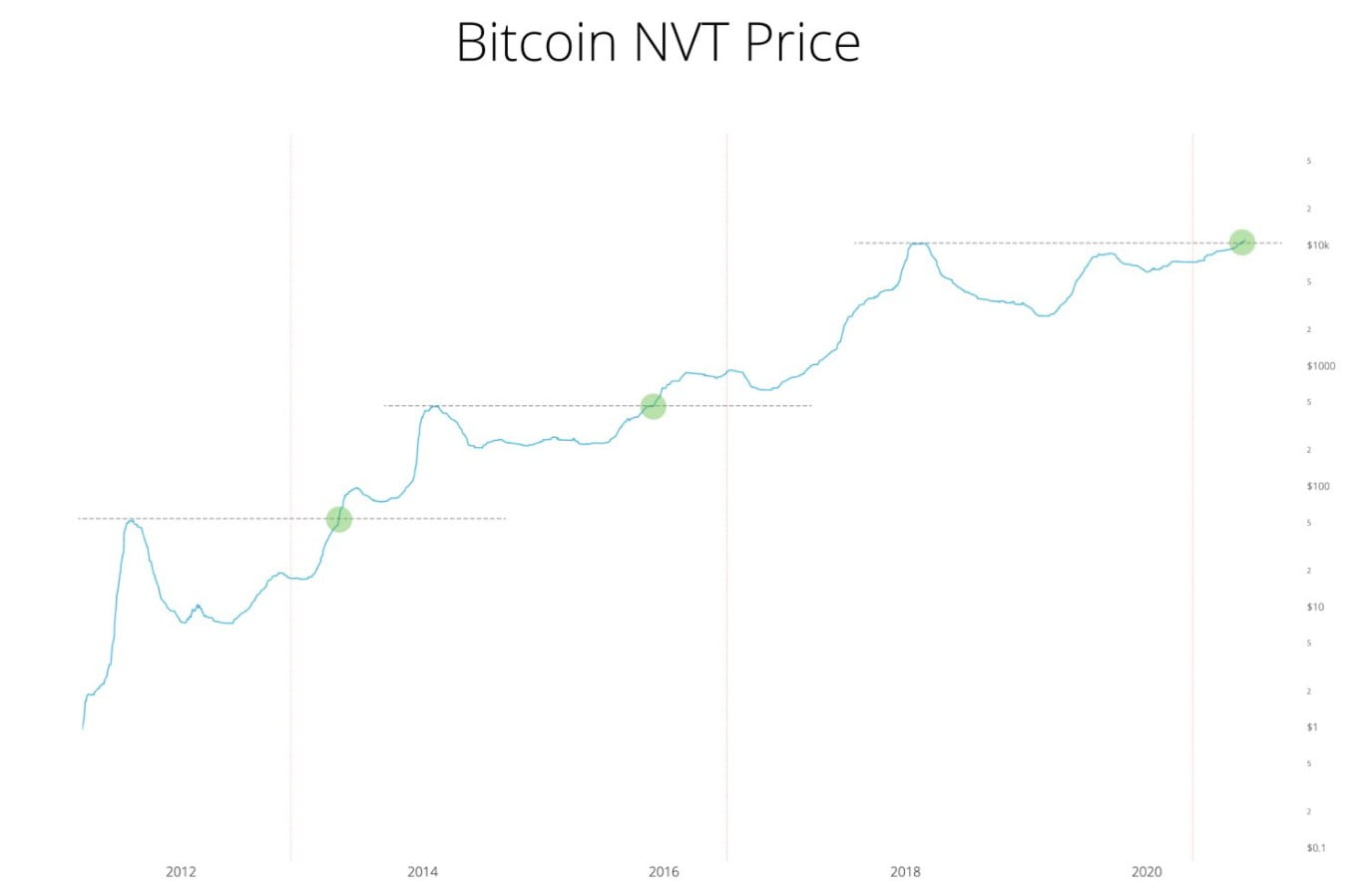 Bitcoin price continued to strengthen the bulls’ hand, rising today to the highest level of $ 13,850 in recent years. With this performance, Bitcoin took another step towards the significant resistance of $ 14,000. Market commentators and crypto analysts agree that the $ 14k resistance is a key point for $ 20k, the all-time high for BTC.

Even though Bitcoin experienced a minor correction over its morning price, it fell to the $ 13,500 band; Key names such as Gemini exchange founder Tyler Winklevoss and Real Vision CEO Raoul Pal anticipate a record for the leading coin by the beginning of 2021. Dutch analyst and trader Michael van de Poppe also thinks 2020 is a preparation for the 2021-2024 bull run for BTC.

See Also
Is Bitcoin Ready for Attacks for the Year 2020?

Vitalik Buterin Announces How Much Bitcoin He Has

What Is ‘Phishing’ That Almost Everyone Encounters?