Home Entertainment THIS Former Member of IZ*ONE Becomes the Crown Princess — Who Is... 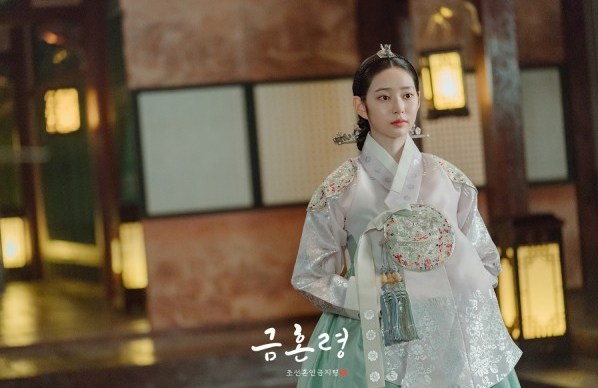 After the announcement of the dissolution of IZ*ONE in April 2021, the girls went their own way in the music industry, some of them took up solo careers, for example, Kwon Eun Bi, YENA, Yuri and Lee Chaeyeon. Meanwhile, Wonyoung, Sakura, Chaewon and Yujin debuted in their new bands.

Among the 12 members of the South Korean-Japanese group, only one participant changed her route. With the news of the disbandment, the participant of THIS decided to continue his acting career.

Can you guess who she is? Stay curious while you read this article.

THIS former member of IZ*ONE became the Crown Princess

In June 2022, it became known that the role of Crown Princess Ahn Jeong in the historical drama “Forbidden Marriage” will be played by Kim Minju, a former leading rapper and visual IZ*ONE.

Forbidden Marriage is a romantic historical drama based on an exciting web novel that tells the story of Yi Hong, the king of the Korean Joseon dynasty, who experienced great pain after the death of his wife, played by Minju.

As a result of his desperation, he issued a ban on marriage in his kingdom. One day Yi Heon meets a fraudster who makes him believe that she has been possessed by the spirit of the late crown Princess.

After this announcement, people noted that the former visual rapper IZ*ONE is perfect for this role, since the character Ahn Jayeon is beautiful, pure, worthy, calm, kind—hearted and reasonable – traits that also reflect Minju. Consequently, many fans are looking forward to the drama.

Having raised the enthusiasm and interest of fans in Minju as an actress and the drama itself, MBC released footage of Minju on October 27 last year, who adorned her elegance in a hanbok costume.

As the photos spread online, fans praised Minju’s regal and gorgeous appearance, which matched the warm and kind facial expression her character is trying to portray and convey.

On the other hand, fans mentioned that her smile radiates calmness and kindness, some of the traits of the crown Princess that won the king’s heart.

“Forbidden Marriage”, scheduled for December 9, 2022 at 21:50 Korean time, should send viewers on a delightful and exciting roller coaster ride. The drama, starring Kim Yong-dae, Park Juhyun and Kim Minju, will be broadcast every Friday and Saturday.

Who is Minju before becoming the Crown Princess in “Forbidden Marriage”?

When she turns into the Crown Princess, Minju is not acting as an actress for the first time since March 2018; she played the role of Moon Ga Young’s younger colleague in the MBC drama “Tempted”.

In the same year, Minju performed as one of the participants of Mnet “Produce 48”.

Proving the wavelength of her talent and potential, Minju joined the debut group of the survival show – IZ*ONE.

After his activities, Minju also acts as the host of the MBC show! Music Core together with Stray Kids Lee Know and Jeong from NCT.

Are you happy to see Minju as the crown princess? Share your thoughts below.

How the influence of the forbidden Western Greek mythology Horizon could...

Thor: Love and Thunder, cut scenes with the characters of “Infinity...