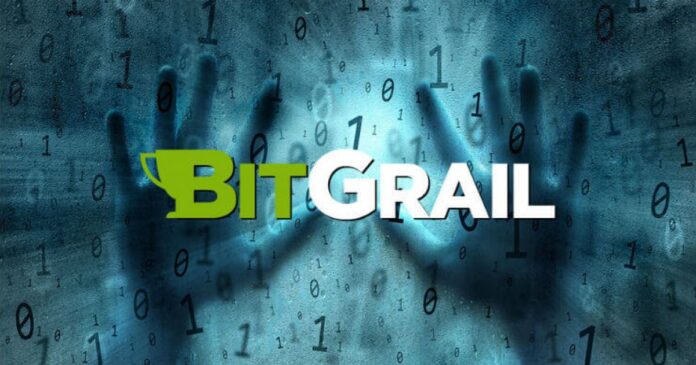 It was revealed that the founder of Italy-based crypto money company BitGrail defrauded 230 thousand people as a result of a cyber attack on the crypto currency called Nano. It was learned that the founder of the company, Francesco Firano, who was known to be hacked in 2018 and declared bankrupt last year, was found guilty.

In an announcement published by the Italian police, it was announced that BitGrail founder Franceso Firano stole NANO (formerly XRB) worth 120 million euros by stealing crypto money. The police declared the incident as the biggest cyber attack in Italy and stated that all the frauds that took place were documented.

In 2018, Franceso Firano, the founder of BitGrail, announced that they were hit by a $ 150 million hack, and that NANO worth $ 17 million was stolen.

In a statement made by the Italian police, it was stated that BitGrail users paid with Bitcoin to get NANO in a 3-month period.

“Firano attracted more investors and increased the number of users from 70 thousand to 217 thousand in just a few months. It continued this rise with NANO, which grew even more than Bitcoin on December 14 – 31, 2017. It should also be noted that users who received NANO between December 1, 2017 and February 23, 2018 had to pay with Bitcoin. This corresponds to a $ 593 million purchase. ”

Another data in the announcement shows that Firano tried to withdraw 230 Bitcoins worth 1.7 million euros. The police stated that they monitored Firano’s personal accounts in Malta, but the criminal failed to convert BTCs. It is said that most of the funds that cannot be withdrawn are in BitGrail accounts.

“I’m fine, they didn’t arrest me,” Francesco said after the incident. I’m not under house arrest, the press is bullshit. The police preferred to hide rather than correct the articles. Thank you, see you ”he said. 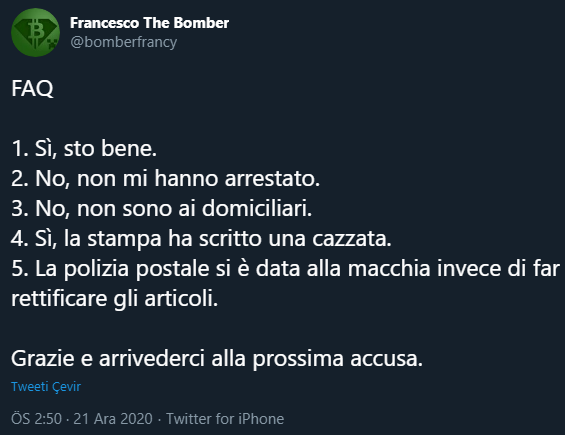 A Twitter user named Nano by the Bay, who provided information about NANO, suggested that the BitGrail founder blamed Nano and wrote malicious code that allowed users to withdraw more than they invested. The user also said that he expects Franceso to make more statements.

The topic that came up on Reddit was the scene of harsh criticism from users. Some claimed that Francesco Firano knew the hack attack and allowed it, while a user reacted by saying “He stole $ 4000 from me”.