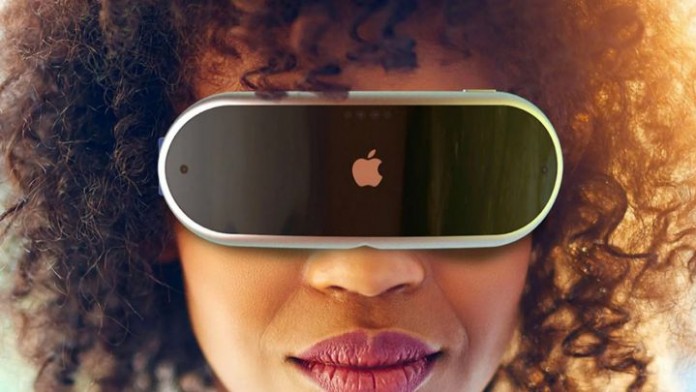 Apple‘s virtual and augmented reality headset is one of the most anticipated gadgets, but it gets delayed time and time again. Now comes a new report on what could be the price of the new device from the company with the bitten apple.

In this new Apple Insider report, it is stated that due to the expensive development and components of the Apple AR device, its price will be really high. Until the appearance of this, the rumors bet on a price that was between 1,000 and 3,000 dollars, and everything indicates that Apple would bet on the highest price in this range when the augmented reality helmet goes on sale.

Although the first thing is to see what will be the launch date of the new Apple AR helmet. To date, rumors indicated that the device could arrive at the end of 2022, but in another new report they assure that it will be delayed until 2023.

Another tipster says that Apple has been debating the price for its new AR device, and they are “above $2,000.” The fact that Apple charges extra for its hardware is not new, although this time, it seems that the high price is due to some of the internal technologies that drive this new AR helmet.

It also claims that there will be two processors, both of which are as good as the M1 Pro, along with 8K resolution display panels. In addition, it will have prescription lens options and advanced audio technology, and all this technology would be responsible for the high price of the augmented reality helmet. And it is that the elements themselves could be really expensive.

But this would not be the only factors that will influence the price, the seven years of research and internal development expenses are also an important part that would justify its price.

According to this report, the processor should be as powerful as the M1 Pro, since it requires advanced graphics. In the case of the M1, it uses an octa-core GPU, and the Pro has 14 or 16 GPU cores. Also, an augmented reality headset like this requires very fast rendering and image processing.

The informant also adds that, in his opinion regarding the data to which he has had access, this Apple virtual reality helmet will be aimed mainly at the gamer sector, and would be a “dream for game developers”. Although a second consumer model is also expected, it could be used for all kinds of situations.

This augmented reality helmet is also expected to have fun options, such as a “FaceTime-like VR experience” and Animojis. The informant also comments on the possibility that this device may be called “Apple Reality” or Apple Googles”, “Apple Vision”, “Apple Lens” and “Apple Sight/iSight.

To date, speculation has indicated that Apple’s first AR headset will be released this year, which could happen with a presentation at the WWDC developer conference. Instead, it seems that this premiere is delayed once again. Everything indicates that Apple is discussing a delay in the launch of a few more months, so it could be that the augmented reality helmet is not officially announced until the end of this 2022 and that its launch would be in 2023.

See the movie poster: A Prince in New York 2