Home Celebrity This character will not be in season 3 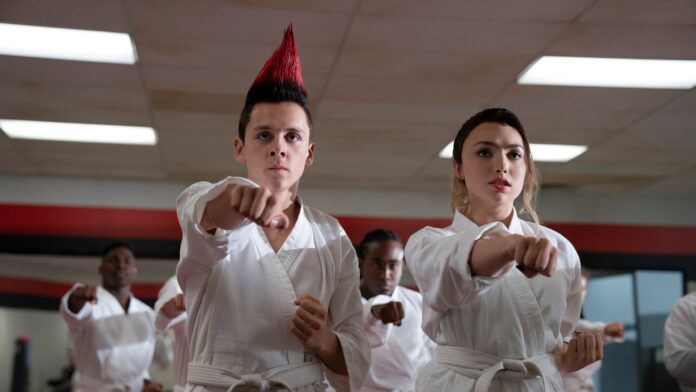 The Netflix streaming platform must deliver Cobra Kai season 3 to fans on January 1, 2021, as scheduled since last week.

Fans already know, that the third installment of Cobra Kai will bring some tension. Well, the consequences of Miguel’s fall at the end of last season will be part of the premiere that will hit the screens in a few days.

And is that when Cobra Kai returns to the screens this week, fans will miss one of the characters. As revealed in days gone by, dojo student Aisha Robinson, played by Nichole Brown, will be absent in this new installment.

It is important to note that in 2019 Brown had revealed on her Instagram account that she will be absent in season 3 of Cobra Kai, thanking both the opportunity and the time she was in the Netflix series.

Now, Cobra Kai showrunner Jon Hurwitz, confirmed via TVLine that Aisha will not return to the Netflix series in season 3, but, that does not mean that she will not return with season 4.

In the same interview, Hurwitz recalled that other characters from season 1 were also absent in the second installment and returned for the episodes that will be released in a few days. This is what he said in the interview

“We love Aisha and we love Nichole Brown. Certain characters we loved in season 1 didn’t show up at all in season 2, like Kyler, Yasmine, and Louie. “Before the season, we told Nichole the same thing that we said to those actors: that just because a character doesn’t appear for a period of time doesn’t mean they have left the universe, that they can’t come back again. We love that character, and maybe we’ll see her again one day. ”

“We have a long story to tell. We tend to see the show from a very broad perspective, where the entrances and exits are shocking and important. Sometimes people need to get out so their [reentry] is a little different and bigger. “