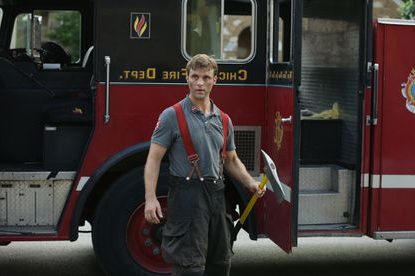 And is that really fans of the fire action drama of NBC Chicago Fire, they remain concerned about the relationship between Brett and Casey.

Furthermore, after showrunner Derek Hass recently announced that two new characters joining the cast will arrive with the new episode of the drama to get in the way of the relationship between the captain and the paramedic.

Chicago Fire fans are aware that the drama has been on the air for 9 seasons due to its shocking storylines and the dramatic arc played by excellent actors.

The series that tells the life of a group of heroes who put their lives first for the safety of their community in the city of Chicago, is Chicago Fire, the drama created by Dick Wolf.

Like many other Hollywood productions, Chicago Fire has a number of interesting details, which are often missed by fans of the drama. One of them is that the NBC show has a real-life firefighter in its cast.

It’s about actor Anthony Ferraris, who plays host Tony in the franchise’s three main series, Chicago Fire, Med, and P.D. In addition to driving the fire truck in the series, Ferraris is a real-life firefighter who did the commendable job before heading into his artistic career.