Home World This Application Will Help You Nail The Paella In The World Paella... 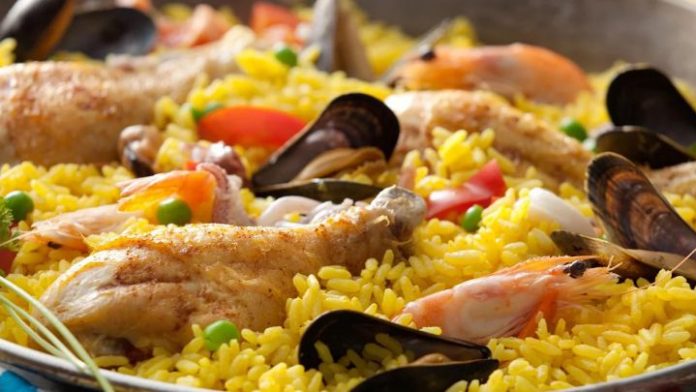 Paella Day: An iconic dish of our gastronomy, and also universal, the 8 million annual searches on the internet make Paella the fourth most important dish on the planet. And the thing is that few things represent Spain at once such as paella, which precisely has one day of the year to be honored. In fact, it is today, September 20, when World Paella Day is celebrated.

The International Paella Day is “a recognition of the most universal dish of the gastronomy of Valencia”. A day in which Valencians share our great dish with the rest of the world to celebrate, beyond recipes and ingredients, the internationality of paella. A meal of humble Valencian origin that has crossed all borders.

But how do you make a paella? Ah friend, there is the trick, because who really wants to nail the essence of this dish must take into account not only the default ingredients that compose it, but how to prepare them, cook them, have the rice at its right point and put it together everything in the paella pan – and if you can also make a perfect socarrat, all the better.

If you put the term ‘paella’ in the Google Play Store or the App Store, you get thousands of applications. And of all of them we have chosen this so-called Infallible Paella, an app for Android and iOS mobile phones and tablets that teaches you to nail its preparation by following it step by step, from the instruments and accessories you need to the ingredients and their preparation. Even if you know how to make paella well, the amounts of salt and oil are difficult to guess by eye. Using these recommendations “you will nail the point of salty”.

Introduction with history about the dish and useful information
Instruments and accessories
List of ingredients that automatically calculates the quantities based on the number of diners, serving size and diameter of the paella (the amount of water)
Easy-to-follow step-by-step recipe including height correction for rice cook time, an important factor “as we move away from sea level altitude”
Recommended diameters of paella