Home Crypto This Altcoin Overtakes Bitcoin (BTC)! But There Are Some Problems! 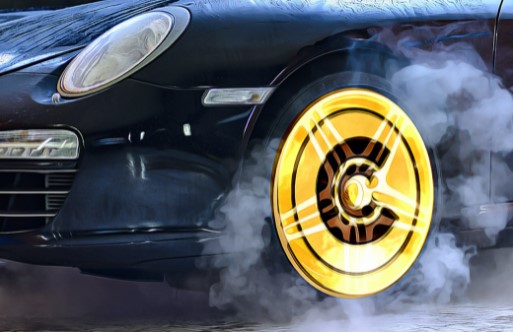 The data provided by blockchain analytics firm Messari is extremely interesting. This altcoin has once again outstripped Bitcoin. So what kind of benefits can this provide in terms of price? How many dollars will he see in the long run?

Cardano has surpassed Bitcoin when it comes to transaction volume ($17.15 billion and $15.11 billion, respectively) in the past 24 hours, according to data provided by blockchain analytics firm Messari. Powered by the proof-of-stake algorithm, the blockchain recorded the highest number of transactions while also boasting some of the lowest fees. Cardano has only charged $52,000 in transaction fees in the last 24 hours, compared to Bitcoin’s $700,000 and Ethereum’s $22.1 million.

Is Everything Perfect in Cardano (ADA)?

Still, some critics tend to dismiss the Cardano blockchain as vaporware.

Input-Output developers continue to adjust the parameters of the network as they continue to work on scaling solutions during the “Basho” phase of the blockchain roadmap. SundaeSwap was released in late January, but its debut was fraught with technical issues. Some users started complaining about not getting their native SUNDAE token after the swap. The project attributed a large number of failed swaps to high levels of network congestion.

At the time of writing, about 80% of all blocks are full. In late January, Cardano network load peaked at 94.1%, preventing apps from working properly. Earlier this week, Cardano-based decentralized exchange Minswap also announced the completion of its security audit. The ADA price surged more than 40% in a week at the start of the SundaeSwap launch, but it was unable to hold onto those gains. The token is currently trading at $1.06 on the Binance exchange and is struggling to make a comeback.