Home Crypto This Altcoin Outpaces SHIB: Will The Rising Continue? 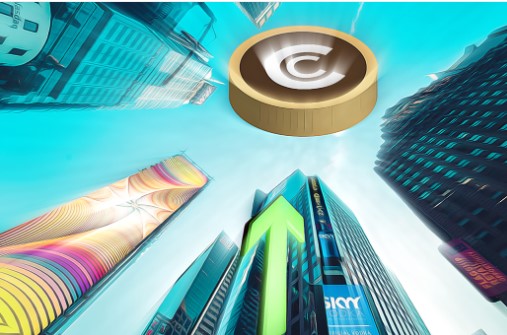 The Terra (LUNA) crisis and macroeconomic conditions have hit the cryptocurrency market hard. The Tron ecosystem, on the other hand, steadily gained momentum during this period and attracted attention. According to experts, the recent steps of the project were effective in the price increase. TRON recorded a significant gain in total locked value (TVL) last month. TVL increased by over 33% to reach $5.5 billion. TRX and stablecoin USDD have brought big gains to their investors. In the last 30 days, TRX has gained over 30% as leading cryptocurrencies such as Bitcoin (BTC) and Ethereum (ETH) have bled. Bitcoin (BTC) has dropped 22% over the same period. Tron reported that 499.9 million TRX tokens worth $39.09 million were burned. As it is known, incineration operations can accelerate the price by reducing the supply in the market. Therefore, the rise of TRX may continue.

Meanwhile, 106.5 million TRX worth $8.5 million was sent to an unknown wallet in the last 24 hours. However, it is not clear whether this is a burning process. According to the Tron community, on May 24, approximately 520.4 million tokens were burned. TRX is currently trading at $0.08. 24-hour trading volume increased by 25% to $1.6 billion.

TRX Climbs to the Top

Tron’s stablecoin USDD is trying to seize the opportunity to fill the gap left by the collapse of TerraUSD. In the first month of launch, the total supply of USDD exceeded 543 million. The 24-hour trading volume increased to $105 million. Tron’s recent success helped TRX surpass Shiba Inu, the second largest meme-based cryptocurrency. TRX is the 14th largest cryptocurrency with a market cap of $7.69 billion. SHIB has consistently lost value since the beginning of the year. The Shiba Inu dropped to 16th with a market capitalization of $6.3 billion.

Earlier, TRON DAO Reserve reported that they secured $82.3 million worth of Bitcoin, $181.6 million worth of TRX and $295 million worth of USDT. Data from Santiment also showed that the market cap of USDD had increased by more than $50 million in the last day. This could also be a reason for TRX’s rally. However, it should be reminded that between May 11 and 13, USDD also lost its stable by falling to $0.98. It also has a similar working logic with UST.